No 109 - Stephen Watson and the death of Nature 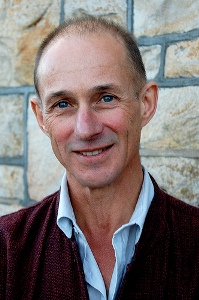 I never got to meet Stephen Watson (1954-2011), Cape Town poet, creative-writing teacher at UCT, and critic.  He was evidently deeply admired, his early death deeply mourned. One of his students, the novelist Imraan Coovadia, wrote in an obituary that as a teacher Watson was “almost unfailingly courteous, engaged, unexpected in the direction of his thoughts, generous in his intelligence, and insistent only on his humane temperament. He cared to be a human being before a poet, and to be a poet before a professor.”  He could nevertheless be controversial in his literary criticism, even – as one reader put it – “tetchy”.

These are qualities evident at times in his Selected Essays (1997).  In a long, rich but entangled review of that volume, Jean-Philippe Wade judged that Watson could be both pretentious and naive, and was desperately locked in self-contradictory philosophical tussles about the relationship between aesthetics and politics, between beauty and activism.  An aspect which Wade touched on only briefly – though it seems to me central to the issue – was Watson’s conception of the natural world. No one else has made much of this either, as far as I know, apart from a brilliant essay by Hedley Twidle. and one on Watson’s Romanticism by Dirk Klopper. Yet “the presence of the earth” – the title of Watson’s best-known volume – pervades his extensive output of poetry. Indeed, that output is ripe for a more thorough and comprehensive reassessment.

I was initially interested in Watson’s poetic versions, in the collection Return of the Moon (1991), of /Xam Bushman testimonies drawn from the famous Bleek-Lloyd Archive. I was intrigued by the efforts of several poets, including Jack Cope, Antjie Krog and Alan James, to ‘poeticize’ those records, and by the depictions of the natural world. As for Watson’s original poetry, I find it often beautiful, though rather languid for my taste. Typically, long lines loop back and forth through overlapping repetitions and sometimes misty pronouncements. It’s also typically more than a little embittered, even nihilistic. In a curiously diffident review of In This City, an explicitly Cape Town-centred collection, Peter Wilhelm professes a twitchy reluctance to label the poetry “bleak”, as if the beloved poet might feel insulted. In fact, there’s no escaping it.

t was also in relation to ‘Nature’ that I tackled Watson’s 1986 essay on Sydney Clouts, while working up my own study of that slightly earlier Cape Town poet. Watson – going through an early phase of leftist political advocacy that he later modified – accused Clouts of being a self-absorbed displaced Romantic shielding himself from the harsh political realities of apartheid. This was an accusation often levelled at Eurocentric bourgeois poets, not without reason, though I argued that Watson, for all his intelligence, sensitivity and vast reading, had got this one all wrong.

Watson’s critique of Clouts was all the more mystifying since his own poetry, as well as his later A Writer’s Diary (1997), seemed to express some strong similarities. Over many years, Watson would head out of town to sequester himself in the Cedarberg, north of Cape Town.  He celebrated the experience of desert solitudes, walking endlessly in those spectacularly scoured massifs and closely observing the natural world around him – much as Clouts did around Table Mountain. Like Clouts, he lamented the marginalisation of the natural by the urban and the commercial, and found in the hills the closest to spirituality he could manage in a tawdry, polluted, politically violent and secularised world. But there seemed to be a near-despairing, obsessively analytical, even cynical streak in Watson that couldn’t settle on any easy escapism. Take this stanza from the poem “Cedars”:

That skyline of fired cedars, abstract against the light

that inks their splints against the dusk’s abstracted skin –

how many times, dead-eyed, they’ve suffered it at this hour:

the sky a tissue drained, leached for the star-pouring dark,

the skyline at a standstill, its sag formalized in black,

these cedars freezing in the horizon’s inch of formalin –

while feeling their flesh freeze over, grow abstract as bark,

Listen to the accumulation of words of stuck-ness and enervation: fired, splints, dead-eyed, suffered, drained, leached, standstill, sag, freezing, formalin, weighted. Though there are hints of beauty, and hints of life in personifying the trees, they are overwhelmed by the poet’s feeling of being “abstracted”, “abstract”, anaesthetised and weighed down by his own inarticulacy. It’s a grim way of seeing one’s relation to poetry and the world – and an ironically wordy manner of asserting either the trees’ or one’s own “wordlessness”.

I’ve quoted the version published in the magazine Upstream in 1985. When it reappeared in his Selected Poems, The Other City, fifteen years later, it was re-titled “Nature morte” – nature dead – and he has recognised the unconvincing bathos of personifying the cedars: now it is he who suffers, his flesh freezing, his gaze that is weighted. A more honest version, but still in the third person, still a bit removed from the confessional “I”.

“Nature morte” was included in a justly admired clutch of poems named “A Kromrivier Sequence”. Kromrivier is the sector of the Cedarberg that Watson most frequented, and the locale for a 1996 series of ruminations published in A Writer’s Diary. If there was something a bit portentous in publishing one’s “selected essays” at the age of only 45 – he was still a “young fogey”, in Wade’s phrase – so there is too in airing one’s somewhat oracular diary observations on sundry subjects. That said (we academics are often prone to such parading), there is much in A Writer’s Diary to provoke and intrigue. I’ll select just some pronouncements concerning ‘Nature’ (the scare quotes are obligatory these days, alerting us to the human-constructed quality of the notion of a ‘Nature’ somehow separate from ourselves).

“[A] retreat to the natural world is also a return”, Watson writes on 9 May 1996. A return to what? A pre-industrial way of life? That would usually be labelled “pastoral”, common enough in mediaeval and Romantic periods, but much more fraught, if not impossible, in the globalised post-colony. Still, as Watson notes, 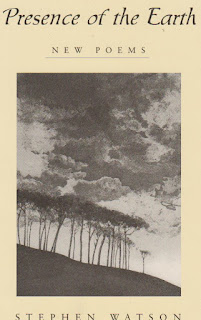 the idea of pastoral has persisted, however attenuated or ironically inflected, if only because it is based on a constellation of human needs that can never be eradicated from the psyche ... At its best, pastoral is in fact a critique, even a form of rebellion against the human condition as such (74).

As such? Meaning ... an existential condition? Certainly pastoral can be wielded more narrowly – more politically – as a critique of poisonous modern industrial urbanisation and chemical-dependent farming. Among other English Romantics, Wordsworth enacted exactly such objections two centuries ago at the onset of the Industrial Revolution by glorifying the Lake District, its wild natures and its organic farming. This is an ever more urgent ideal: James Rebanks is re-instating it in practice today, as he relates in The Shepherd’s Life (2019). The Cedarberg is a far less salubrious environment than Rebanks’ green Lake District, as Watson depicts it:

In the Cedarberg, at this time of year, the bush and grasses stick to the valley floor like salt and hair to a side of raw meat, curing it, darkening it. There is no soil to soften the earth. Here it is all sand, littered shale, ironstone, gravel pits ... cauterised by sun. (69)

Yet there are also “oases”: a lone oak tree; a sheep fold; a water furrow.  “In such landscapes one of the more elemental human dramas is writ large, vividly. One discerns the actual drama whereby culture is wrested from nature.”  It’s not a matter of human culture escaping from, or civilising itself out of nature; rather: “Almost nothing seems so authentic as that which still carries in itself some traces of the non-human realm from which it has been wrested” (77). So Watson’s search seems in part for whatever it is that might count as “authentic” and elemental, and he was attracted to this bony, scratchy landscape to find it.

Implicit here is the feeling that Watson – and many of us – have lost touch with such elementals, whether one is an impoverished township-dweller or a pampered, bookish bourgeois. Not an uncommon thought, though Watson seems compelled to view it through multiple lenses of irony and self-doubt. The ultimate consequence of such divorce and distraction from the primordial realities of life-in-an-environment is a comprehensive trashing of the planet by industrialised commerce. Even in the Cedarberg, the effects of global warming and desertification were – 25 years ago – so evident that Watson considered the cedars themselves to be imperilled. He asks: “Why should this knowledge distress me so? It is hardly news. Yet no matter how often it comes to mind, I am left distraught, as if I’d just heard it for the first time”.

I can so identify with that.  Indeed, we need a new term for “environmental or ecological grief”. Watson goes on: 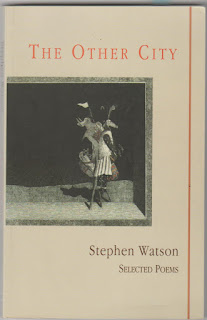 For millennia it is the earth that has been the beginning and end of humanity’s faith. Reverence for the earth and the fruitfulness (i.e. essential goodness) of the earth is religion, at least in its beginnings.

Any violation of the planet thus introduces a profound disturbance into the very heart of that to which humanity has always turned in order to confirm its faith and verify its most essential hope. To eliminate a species or overrun one more area of wilderness is to jeopardise the very possibility of hope itself. This is why we are inclined to experience any injury to the environment as a form of metaphysical mutilation as well. The destruction of the natural world, eroding as it does that capacity for hope that defines humanity, also undermines the very concept of humanity itself. (103)

Again, hardly innovative thoughts, but ever worth hammering home. Oil-rich moguls, rightwing politicians, and crime-lord traffickers in pangolins are unlikely to include themselves in that “we”, though; and too many millions do not or cannot in practice give a shit about such an idealised “humanity”. Yet for Watson, for all his drift towards the cerebral, the problem was not abstract: it was daily evident in what he saw in his native Cape Town, its appalling underbelly of physical detritus and consequent damage to human inhabitants. This informs poem after poem, exemplified by “After Reading The End of Nature”. (The End of Nature is a prophetic book by activist Bill McKibben, who is also still shouting the odds 30 years on, to little visible effect even as his prognostications prove grimly correct). The poem lingers over the effects of a welcome advent of rain after a dry spell (written long before last year’s water crisis), how it washes at the complex, compacted “filth” in the city’s gutters. Sure, it refills the aquifers and dams:

But to know what’s known by now: that even if a rain should

fall, its lines self-cleansing, drawn through their own downpour,

this earth, its air machined and re-machined, can only grow

more heat-choked, orphaned in its sack of poisoned gases;

to know that this year, or the next, will only issue in

to know that time itself can only bring a rain acidified,

falling without the wateriness of water when it’s pure,

without that absolution that is in water, only when it’s pure...

Can anything be clearer now: that we need civilisations and technologies that are “self-cleansing”. Anything short of that – as both poets and scientists constantly insist – is ultimately grief and suicide in a toxic stew of our own creation.

For more books and art, go to www.netsoka.co.za.

Posted by critical diaries at 20:30