Cobras: such beautiful and energy-efficient animals, but not to be trifled with.  I recall one vivid evening when I was a boy. I was pacing the lawn in front of our Vumba house, in discussion with my father, when we suddenly heard my mother bellowing for help from down the hill.  For my courageous and powerful mother to scream like that was unprecedented – we ran.  Fifty metres down the driveway we encountered her, staggering up and clutching her face. She had gone down to tuck our free-range chickens into bed in the hen-house; counting them in she had spotted an aberrant dark shape in a gloomy nesting-box, bent down to look – and was treated to a dose of cobra venom smack in the eyes. We flung her down next to the fish-pond and hosed her face; got milk from the kitchen and splashed that under her lids. The three dogs were all over us with worry and excitement, lapping at the milk and getting shrieked and snapped at by the banded mongoose Chiri.  It was a riot.

Loaded up with antihistamines and eye-wash, mum’s eyes came right eventually.
Naturally dad went down immediately with the .410 shotgun and blew the Mozambique spitting cobra’s head to bits.

It’s an age-old conflict, or course, and the cobra’s venom and spectacular hooding behaviour have made it a vector for legends and religious ritual for millennia. In India, Shiva drapes a cobra round his shoulders for protection; the Egyptian goddess Isis was just one of a complex of ancient Egyptian to feature the cobra, its gilded hood overseeing the passage of souls to the afterlife, among other spiritual duties. 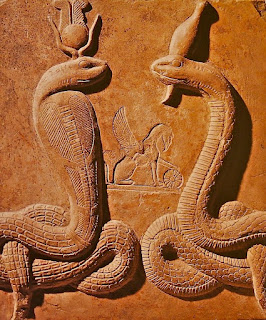 In sub-Saharan Africa, the cultural significance of the cobra seems poorly explored, at least in comparison with the python. An admittedly quick shimmy through the internet hasn’t turned up much: an article on African snake myths dating back to 1929, a few fragments scattered largely through tourism websites.

Snakes, both real and imagined, often appear in our literatures, including many stories based on misconceptions which the conservationists are still frequently at pains to debunk. Cobras spray rather than spit with aim; and no, the mate of a deceased cobra will not ruthlessly hunt you down.

As with my mother’s cobra, it’s the snake that usually comes off worst in encounters with human fear and misunderstandings (the mythology of cold predation and even judgement that goes at least as far back as Greek legends and to the Biblical Garden of Eden). Yet in more modern poetry, distinctly different, more knowledgeable and compassionate strands of feeling emerge.

As a young man Roy Campbell (1901-1954) injected a vivid and sinewy new strand of poetic diction into the South African literary scene – which he despised.  This disdain is the driving force behind an early cobra poem (I’d be interested to know if there were any earlier ones), “To a Pet Cobra”: 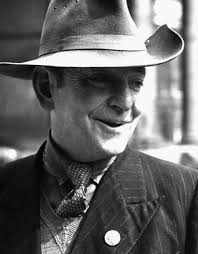 With breath indrawn and every nerve alert,
As at the brink of some profound abyss,
I love on my bare arm, capricious flirt,
To feel the chilly and incisive kiss
Of your lithe tongue that forks its swift caress
Between the folded slumber of your fangs,
and half reveals the nacreous recess
Where death upon those dainty hinges hangs.

This is Campbell, in his characteristically flamboyant way, flirting with death, apparently (I don’t know if he really had such a pet). Whatever the case, there’s a distinct admiration for the reptile that informs the sounds and rhythms: I love the quick “i” alliterations in the phrase “chilly and incisive kiss”. The contrast between “deadly” power and a “dainty” beauty are reinforced in a later stanza in the poem:

Dainty one, deadly one, whose folds are panthered
With stars, my slender Kalahari flower,
Whose lips with fangs are delicately anthered,
Whose coils are volted with electric power,
I love to think how men of my dull nation
Might spurn your sleep with inadvertent heel
To kindle up the lithe retaliation
And caper to the slash of sudden steel.

The contrast of fangs and flowers is perhaps not entirely convincing (I have a sneaking suspicion it was impelled by the rhyme that occurred to him between “panthered” and “anthered”), but interestingly informed by the relatively recent advent of electricity. Then Campbell reveals his hand: he want to be like the cobra, to be the cobra, a potentially deadly but aesthetic force in the “dull nation” of letters: he could then, he later puts it, “sting these rotted wastes into a flower”.

In other poems, the cobra still suffers.  Campbell got fed up and left to live in Spain, but Grahamstown doyen Guy Butler remained, meditating obsessively on the place and role of the English-speaking settler in South Africa, and in the Eastern Cape in particular. In one such poetic meditation, his well-known poem “Myths”, the cobra makes a brief appearance, victim of unthinking settler violence:
Alone one noon on a sheet of igneous rock
I smashed a five-foot cobra’s head to pulp;
Then lifting its cool still-squirming gold
In my sweating ten separate fingers, suddenly
Tall aloes were also standing there,
Lichens were mat-red matches on glinting boulders,
Clouds erupted white on the mountain’s edge,
All, all insisting on being seen.

“Sweating ten separate fingers” – wonderfully captures the heightened awareness, the sudden revelation of the there-ness of the whole landscape; it’s not quite compassion, but a recognition of a certain illegitimate sacrifice that has been made before the poet-speaker really looks at what’s around him, demanding to be seen.

Butler’s friend and part-contemporary Sydney Clouts (1926-82) also saw the cobra as iconic of an Africa – or at least a localism – that resists European imperialism: it’s best captured in his famous, uncharacteristically sardonic poem “Salute”:

Very Profound Men have lived in Europe.
On the world’s perimeters, sharkfins, anteaters, kangaroos,
pearloysters, bears,
and others (fit for smiles).

It was the Wolf of Europe that went prowling.

Who speaks that final line?  Is it threatening, appealing, fearful? Satisfyingly ambiguous.

Douglas Livingstone remains our most ecologically-aware poet, and he wrote a few times about snakes. In “The Killers” there is no doubt as to which creature is the more dangerous, the human or the cobra:

You know how it is – fishing – your bare feet
in the warm mush of dead leaves near the edge
of the water, back against mossed tree-bark,
beer cooling in the river, and a wedge
of sandwiches, wondering when to eat.

Then this small crackling move in the steamed air,.
Out one eye-corner: seven feet of snake,
of black-necked cobra, smoothly slickly dark,
moving slowly down to drink, half-awake,
her dusty brown eyes dim and unaware. ...

I chose my time and jumped past the fanned hood.
I got the shotgun and blew her head clean.
I watched her lively dead knottings.  High birds
began to sing. I had to shoot: I mean
that now her limp grey life lies understood.

II
After the barbecue, a hubbub:
someone has caught a black snake.
The half-drum of coals is still glowing.

XI
A pair of youths find a black snake.
There is stick nearby. One has a plastic bag.
At the other’s home there is a microwave oven.

XII
After the day’s grime: a shower, a drink,
the campfire, a meal:
an exhausted slide into the sleeping bag
which resists with a chilled muscled presence.

Part of it all is surely that snakes retain a certain mysteriousness, an impenetrability, a resistance to anything we might call ‘communication’.  And why should they be so dangerous anyway? What god endowed them with fatal venom?  How on earth did it evolve?  Cyril Edelstein in his poem “Venom” writes:

When one begins to think
About strange phenomena of Nature
Such as the venom of snakes
Among thousands of instances
One finds one’s amazement
Subverted by claims
That these are no more
Than might be expected
Theirs being an inevitability
Arising from mutated genes
And continued by natural selection.

... they speak far more strongly to us
Of mystery than of sequence.

All too often, we give in to fear and an unwillingness to live alongside such danger – but now (perhaps ever since D H Lawrence regretted his killing one in his famous poem “Snake”) the death of a snake induces guilt and regret – the polar opposite, it may be, of the moral implications of the Eden story.  Thus Karoo poet Clive Lawrance echoes Livingstone in “Cape Cobra”: his caring is implied in the uncaring exposed by the poem: 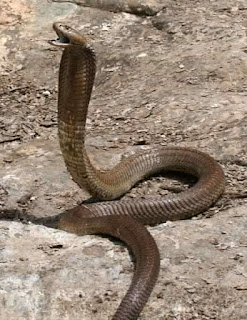 They caught sight of him outside the village,
head high and proud, like the prow
of an ancient craft
sailing through waves of sand...

The blood of their first mother stirring,

with curses and blows, they scuttled him
and beached him in dense bush
where his venom could evaporate,
his long hull crumble in time...

Will we humans ever be able to hold our heads up high and proud in the grand unfolding of Earth’s nature – or will the cobra have the last laugh, and scuttle us?