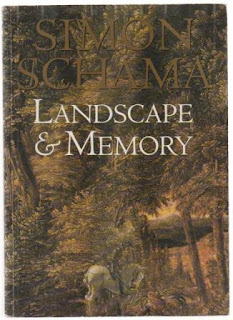 For forests, every day is World Forest Day. Forests are millions of years older than we are, fundamentally responsible for creating an atmospheric, moisture and temperature regime that made our evolution and our present-day existence possible. If they are not exactly sentient beings, as some argue, they are certainly communities of intricately interlinked organisms of miraculous complexity and beauty, centuries in the making, downed in minutes. For millennia, humans have cut forests back and exploited them and failed to allow them to replenish themselves, along with their multiple inhabitants, from butterflies to bonobos – perhaps the richest sites of biodiversity the planet has ever known. Our ecological knowledge is now vast, the scale of anthropogenic catastrophe incontrovertible, yet governments and multinationals, exploiting the impoverished and servicing the rich, continue – stupidly, blindly, insanely, even criminally – to raze forest areas the size of small countries every single day. The unrelenting destruction of the Amazon rainforest is just one prominent example. My own iconic image is the heartbreaking one of an Indonesian gibbon swatting futilely at the massive blade of a machine a hundred times its size as it ploughs down the last of its homely trees.

Of course few of us are not complicit, as we pursue however modestly lifestyles dependent on power, transport, wood, beef, soy beans, palm oil. But one does what one can, contributing rescue funds, promoting local forest growth, and raising awareness. In the spirit of the last, here are three extraordinary books about forests I wholeheartedly recommend.

Nearly thirty years ago I discovered Simon Schama’s hefty book, Landscape and Memory (1995). (Since then the hyper-prolific Schama has become well-known for his books and television series on the history of England, on art, on eighteenth-century Holland, on the French Revolution, on the story of the Jews, etc etc.) Landscape and Memory launched me in one long stride into the line of study that has dominated my academic career: the intricate and unavoidable links between culture and nature, between trees, rocks, waters and literary expressions of individual and even national identities. As he puts it:

Landscapes are culture before they are nature; constructs of the imagination projected onto wood and water and rock. ... [O]nce a certain idea of landscape, a myth, a vision, establishes itself in an actual place, it has a peculiar way of muddling categories, or making metaphors more real than their referents; of becoming, in fact, part of the scenery.

In one arresting section, Schama explores the role in Polish self-consciousness of the Bialowieza forest and its iconic European bison. This is ancestral territory for Schama, and the figure of the Jewish forester looms large. Though he could find little about his direct forebears, Schama visits the region, tramping through the forests and sampling bison steak, leavening the riotous historical detail with poetic personal experience. Most intriguing for me was how the 19th-century poet Adam Mickiewicz re-imagined the forests and elevated them into Polish national icons. These central Eastern areas – Lithuania, Poland, Ukraine – are what historian Timothy Snyder calls the “bloodlands”, swept over by ravening hordes of insurgents for centuries, shifting borders, names and allegiances from year to year, riven with internecine spats and sundry rebellions. Putin is just the latest in a long series of devastating  invaders. Through it all, the forest and its bison have survived, though on an increasingly diminished scale. Ironically, they survived in part through the efforts of another invader, the Germans of 1941 – or more precisely Nazi No.2, Herman Goering, who declared Bialowieza a preserve to satisfy his own hunting proclivities.

As Schama discusses, this intersects with a German forest mythology. This one goes all the way back to the Roman historian Tacitus’ book Germania, in which he describes, not altogether disapprovingly, the leader of wild, wily, tough, almost hunter-gatherer forest tribes, Arminius. For the next two millennia, this natural, organic, self-sufficient  character would be periodically updated and refurbished to become a central mythic pillar of the German self-image through literature and art, even as agricultural and technological Germany became in reality something quite different. All this – and much more – is delivered in scintillating style, swarming with vivid historical detail and life, leavened by Schama’s characteristic dry wit. It’s historical writing at its very best. 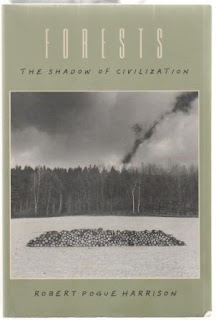 Forests occupy only a third of Landscape and Memory, but they are the whole of Robert Pogue Harrison’s book, Forests: The shadow of civilisation (1992). While overlapping a little with Schama, Harrison ranges more widely over world culture and literature, from the epic of Gilgamesh to Joseph Conrad in twentieth-century Congo, from Plato to Wordsworth. As he outlines it, the forest was long that against which civilisation set itself. From being mere clearings in the midst of forbidding and frightening wilderness, human ‘civilisation’, now technologically dominant and exponentially expanding, has all but overwhelmed that wildness. Fear remains, though, as I learned from citified students I’d take out into our own tiny forest remnants for some practical ecocritical experience. So Harrison centrally asks: “What is that antagonism, however imaginary, all about? Why does the law of civilisation define itself from the outset against the forest? For what obscure religious reasons is our humanity, in its traditional alienation from the animal kingdom, incompatible with this aboriginal environment?” He proposes, in part, that the “destructive impulse with respect to nature all too often has psychological causes that go beyond the greed for natural resources or the need to domesticate an environment”. Two chapter headings capture the book’s trajectory: “From mythic origins to deforestation”, and  “The ecology of finitude.” Once upon a time the forests might have seemed endless (as they did to the early American settlers  depicted in Annie Proulx’s epic forest novel Barkskins; axe and saw destroyed that illusion with frightening rapidity.) Deforestation and its discontents are not new: Harrison quotes Plato, lamenting the deforestation of Greece (to build warships) four centuries before Christ:

In comparison of what then was, there are remaining only the bones of the wasted body ... all the richer and softer parts of the soil having fallen away, and the mere skeleton of the land being left.

Harrison ranges from the forest-friendly, goddess-centred ancient myths, through the forest exile of Nietzsche’s tortured philosopher-character Zarathustra, through mediaeval forest law and lore (Robin Hood’s context) to twentieth-century poets such as AR Ammons and the Italian Andrea Zanzotto. If at times Harrison seems to me to over-read, to over-psychologise his material, so that I find myself mildly disagreeing with his reading of texts I know well, such as Dante’s Inferno or Conrad’s Heart of Darkness, it’s nevertheless bewitching, challenging, educative stuff. A profound and unsettling work that leaves one in no doubt of the cultural (let alone real) importance of forests down the ages. 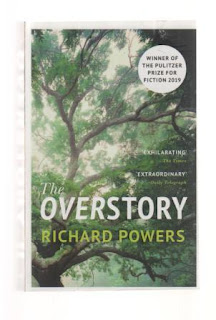 Finally, a most recent novel that actually matches up to the cover blurbs – “Exhilarating”, “Extraordinary”. American novelist Richard Powers’ The Overstory has taken the world by storm, having won that most prestigious and reliable of prizes, the Pulitzer. It has been doing the rounds of the book clubs, and has already been incorporated by university colleagues into their syllabi. Many other readers I’ve met, having read the book, have gone straight back to the beginning to start it again. It might have just a couple too many characters and strands in it; I suppose it is rather within that tradition of American novels that are as vast and sprawling as the continent, encompassing multiple plots, multiple locales and multiple ethnicities (think John dos Passos’ U.S.A., Tom Wolfe’s Time and the River, Proulx’s Accordion Crimes, Don de Lillo’s Underworld.) But who cares when the writing is this good, the invention of character so sharp and plausible, the dialogue so deft and funny, the philosophical underpinnings so unflinching and wise.

All the characters are in some way involved with trees, even when they don’t particularly think they are. They include a woman who makes it her life’s work to prove that trees communicate with each other; activists who camp in the topmost branches of a centuries-old redwood to prevent it being reduced to planks by commercial loggers; three generations of farmers who daily photograph what turns out to be America’s last chestnut tree, the rest having been blighted by invasive disease; a computer gamer. I have not encountered another writer who seems so effortlessly to capture contemporary society in both its material and techno-virtual complexity, and to expose so trenchantly its pretensions and idiocies. (The same can be said of his slimmer, but still devastating, parallel novel Bewilderment.)

Above all, with awe-inspiring research and knowledge, insight and wisdom, he illuminates the life, antiquity, complexity, vivacity, variety, beauty and vital importance of trees. I was raised in bush and mountain forest, so I needed no persuasion; but it would take an extraordinarily numb reader of any background not to feel seriously changed by this book, to have their view of trees fundamentally enhanced and illuminated. I’m far from convinced that any book or artwork, no matter how good, will radically deflect blind mass humanity from its present catastrophic course, but at least we have this one. I’ll leave you with just one representative passage, so juicy, oddball and wise, lessons so deftly refracted through character, you could take almost each sentence and meditate on its implications for a week.

They drive from farm to farm, between last year’s blights and next year’s vanishing topsoil. He shows her extraordinary things: the spreading cambium of a sycamore that swallowed up the crossbar of an old Schwinn someone left leaning against it decades ago. Two elms that draped their arms round each other and became one tree.

“We know so little about how trees grow. Almost nothing about how they bloom and branch and shed and heal themselves. We’ve learned a little about some of them, in isolation. But nothing is less isolated or more social than a tree. [...] Here! Look at this. Look at this!” [...]

Her father is her water, air, earth and sun. He teaches her how to see a tree, the living sheath of cells under every square inch of bark doing things no man has yet figured out. [...] Watching the man, hard-of-hearing, hard-of-speech Patty learns that real joy consists of knowing that human wisdom counts less than the shimmer of beeches in a breeze. As certain as weather coming from the west, the things people know for sure will change. There is no knowing for a fact. The only dependable things are humility and looking.

Posted by critical diaries at 15:59 2 comments: