No 80 - Studying Zimbabwe: Some recent work

It is with unutterable distress that we watch Zimbabwe descending into another cycle of repression combined with economic shortages, militarisation of daily life with arbitrary persecution of the poorest, and yet another play at launching a local currency backed by, as far as one can tell, nothing at all but an unpronounceable acronym. 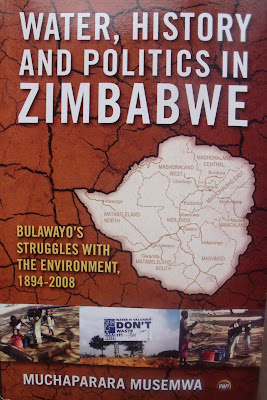 Events move so fast it’s hard to keep up. It’s equally impossible to keep up with the academic work being churned out, even though by its very nature such research tends to lag behind current developments. At the same time, the slow-brew of academic production fruitfully clarifies longer-term trends, sometimes offers unconventional approaches to old issues, and gets to grips with case studies which reveal complexities ignored or oversimplified by popular media. By its very nature, too, academic study tends towards the dense and ponderous, is sometimes over-burdened with fashionable and indigestible theory, and mostly languishes all but unread in university libraries or specialised journals.  It is seldom absorbed by the people who need it most – policy-makers, politicians who are allergic to complexity, and financial power-houses.

I can’t even begin to be comprehensive, but I think it’s worth advertising some of the serious work going on. Most inaccessible to the general public are the numerous theses and dissertations produced at universities. A goodly number of Zimbabwean postgrad students gravitate to Eastern Cape universities: NMMU, Fort Hare, and Rhodes, where Kirk Helliker anchors the Zimbabwe Studies Unit. Helliker himself, followed by some of his students, has worked mostly on the role of NGOs, which have often had a contentious relationship with the ZANU-PF government. A number of studies, unsurprisingly, focus on the Fast-Track Land Reform process: case studies, such as Loveness Chakora on women in Goromonzi, Manase Chiweshe on Mazowe, and Esther Chigumira  on Kadoma, provide much-needed nuance to a field often stereotyped as either grand success or chaos. Other studies tackle the Murambatsvina ‘cleansings’ of 2008, the relationship between mysticism and Mugabe’s rule, the rural elderly, climate change adaptation, forest management, social accountability in Bulawayo, and the situation of ethnic minorities such as the San and the Tonga. Journalism departments have also produced any number of studies of various media’s treatment of subjects such as witchcraft and HIV.

And that’s just a smattering from my corner of the academic subcontinent.

Then there’s the work being produced within Zimbabwe, including from the slew of smaller universities established over the last fifteen years or so. Despite Zimbabwe’s economic woes, local publishers (albeit often with overseas funding) have managed to produce, in book form, several collections of articles. These can tend to be a little doctrinaire, driven by ‘developmental’ agendas, lingering on anti-colonial rhetorics and reticent about critiquing the government of the day. What prolific scholar Maurice Vambe identified, in his contribution to a ground-breaking volume, Versions of Zimbabwe (ed. Mponde and Primorac, 2005), as a “poverty of theory” in literary study, might also apply to much of this body of work. It all has a bit of a hothouse feel about it, a coterie of local academics collaborating with and reviewing each other, not always attuned to latest theory elsewhere. As is usual with such collections, quality can be uneven, but some of it is very good, eloquent and challenging.

“Multi-disciplinary” perspectives seem especially in vogue, as are very long titles: Dialoguing Land and Indigenisation in Zimbabwe and Other Developing Countries (ed Z Makwavarara et al, 2015); Indigenous Knowledge and Technology in African and Diasporan Communities: Multi-disciplinary perspectives (ed.E Chiwome et al, 2000); and Culture and Development: Perspectives from the South (eds Chiwome and Gambahaya, 1998). As these titles indicate, a great deal of energy is expended on confronting and undermining ‘Western’ and ‘neo-colonial’ views. This can get a bit wearisome, as can the repetitive discourse of what I think of as the ‘bureaucratisation of the sociological’. Scholars’ use of this machinery, ploughing a similar furrow over two or more decades, is paradoxical and fraught, often hanging off the coattails of Western-generated theory even as African-centred perspectives are validly and fascinatingly offered. This is partly the result of new local scholars learning the field and yet to attain innovative independence; interesting, however, is the difference in feel from many of the essays in Versions of Zimbabwe: that volume sported such established luminaries as Preben Kaarsholm, Terence Ranger and Ranka Primorac, but bears the hallmarks of a cool intellectualism redolent of the Western academy. Local writers are nothing if not passionately engaged.
Being a literary dude, I am especially interested to see the number of essays devoted to literature in Zimbabwe’s vernaculars, as in the collection Zimbabwean Literature in African Languages: Crossing language boundaries (eds Chiwome and Mguni, 2012), which builds on the pioneering work of Alec Pongweni, Robert Muponde and Maurice Vambe. It makes for a fascinating parallel to well-worn studies of internationally-known fictions and memoirs by English-language writers, from Chenjerai Hove to Yvonne Vera, from Doris Lessing to Alexandra Fuller.  The latter group have now been exhaustively unpacked by Anthony Chennells, Ashleigh Harris and Ruth Eppel, to name just a few Zimbabwean scholars in this field – another little hothouse specialisation. 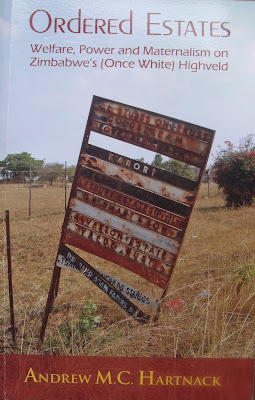 Gender has also emerged as a scholarly preoccupation, as in the collection African Womanhood in Zimbabwean Literature (eds Mguni at al). This concentrates not only on validating literature in Shona and Ndebele primarily, but also asserts various Africanist perspectives in opposition to Western models of feminism which are adjudged (as did Vandana Shiva in relation to Asia) inappropriate to African realities. This agenda is prominent also in the ponderously titled Rediscoursing African Womanhood in the Search for Sustainable Renaissance (eds Muwati at al, 2012), even as it is stimulated, and a bit over-determined, by the African-American inventor of “Africana womanism” Clenora Hudson-Weems, who supplies a foreword.  Here is evident a strong conservatism – meaning an avid defence of ‘traditional’ Shona dual-gender mores as distinct from ‘white’ Western feminism. Entirely absent is any discussion of one of the fiercest gender-struggles elsewhere: the definition, role and rights of homosexual, transgender and other ‘fluid’ identities. Such were anathema to Mugabe and still, it appears, to considerable swathes of African opinion.

These are just those few collections I’ve chanced upon. By their nature they are unlikely to be encountered by the general public; more accessible and available perhaps are monograph (single-author, book-length) studies. Among these, the land problem, especially in its post-2000 Fast Track manifestation, looms understandably large. A ‘first wave’ of studies ranged from the brilliant – such as Donald Moore’s Suffering for Territory (2005), through Ian Scoones et al’s somewhat doctrinaire and economy-orientated Zimbabwe’s Land Reform: Myths and realities (2010), to the subsequently roundly-criticised Zimbabwe Takes Back its Land by Joseph Hanlon and others (2013) – too closely aligned to ZANU-PF for the comfort of some scholars. Other provocative studies have explored dimensions of so-called whiteness – such as David Hughes’ Whiteness in Zimbabwe (2009) and William Wolmer’s Lowveld farmer-focused From Wilderness Vision to Farm Invasions (2007) – or on ZANU-PF politics, as with Stuart Doran’s monumental  Power, Glory, Kingdom (2016).

But I want to just glance at three recently published monographs which take the study of Zimbabwe in more unusual directions.

Like Wolmer, Andrew Hartnack examines the white farmer community, but from a hitherto neglected angle – the role of farmers’ wives and their sundry ‘charitable’ and outreach activities. His Ordered Estates (2016) is slightly cheekily subtitled Welfare, power and maternalism on Zimbabwe’s (once white) highveld. Before 1980, many farmers’ wives oversaw farm-based clinics, schools, craft workshops, women’s clubs and orphanages, partly as a way of generating loyalty amongst workers, but also as a means of surveillance, behavioural inculcation, and control. The early twentieth century’s settler regime of overt violence was gradually supplanted by ’soft’ forms of power, legislative and economic, which helped extend and reinforce an avowed paternalistic ‘civilising mission’, at times strongly church-based.  After independence, and even more so after the dispossessions of the early 2000s, these welfare efforts were often invoked to justify the white farmers’ continued presence on the land. There are both continuities and ruptures in this shift, and Hartnack unpacks with exceptional subtlety the interactions of farmers and workers, of government structures with NGOs, of colonial-style patriarchy with land-use and women's domestic routines, with all their "awkward articulations" and contradictions. 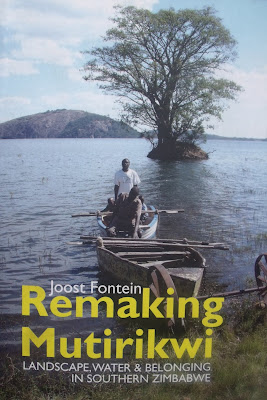 My second example is Joost Fontein’s Remaking Mutirikwi: landscape, water and belonging in southern Zimbabwe (2015). This study overlaps to a degree with Scoones’, also being based in the Masvingo region, but Fontein is more interested in the complex interactions between the many players involved in and affected by the building of Kyle Dam (Mutirikwi). Fontein shows – again contrary to those who characterise the land-reform process simplistically as successful, chaotic, or top-down – how complex negotiations were between various traditional authorities, rainmakers and chiefs whom even ZANU-PF could not afford to ignore, war veterans and dispossessed people pursuing contradictory agendas, largely white leisure organisations, National Parks rangers still implementing colonial-style conservation ethics, commercial farmers and agricultural extension officers. For my taste, Fontein is rather too fond of injecting flights of theoretical jargon – which begin to sound more and more circular as he repeats them. (This also characterised his earlier book The Silence of Great Zimbabwe (2006).) Remaking Mutirikwi is also oddly structured – why is the earliest event, the establishment of the dam at Kyle itself, only covered in Chapter Six? But the detail, the product of years of immersion in the communities around the dam, multiple interviews and archival research, is fascinating – a lot of it unfortunately reduced to footnotes, but gritty and illuminating nonetheless.

As Fontein’s book is centred on water control – damming, irrigation, leisure-fishing – so too is my third book of interest, Muchaparara Musemwa’s Water, History and Politics in Zimbabwe: Bulawayo’s struggles with the environment 1894-2008 (2014). This, like Hartnack’s book, is the ultimate fruit of PhD research (Hartnack was at UCT, Musemwa at Missouri); and like Hartnack, he is good at placing his study in the frame of wider theories and approaches without becoming pretentious or obscure.  Musemwa intimately documents how water, its provision and control, played a crucial role in the establishment of Bulawayo. In an already arid region, the centrality of water seems blindingly obvious – but so much so it has been generally overlooked. As world-wide water issues gain prominence, however, this neglect is changing.  Musemwa reveals the often antithetical strategies of the British South Africa Company, the early municipality, national government and residents, over how to bring water to a n expanding urban population. Whatever one’s opinion of that ‘cash-box bandit’, as Bulawayo poet John Eppel called Cecil John Rhodes, Rhodes’ plans for the city were pretty enlightened. But they did not extend to the burgeoning black township of Makakoba, which was established and maintained for cheap labour, distanced but interdependent. The colonial authorities paid ad hoc attention to its layout and conditions, never taking full responsibility but also sporadically concerned to ameliorate health hazards and political unrest. The differentiation in water provision between the two poles of the urban area is the main thread in Musemwa’s story, which he brings up to date with ZANU-PF’s studied neglect of Matabeleland, not least in the funding of water resources.

It’s impossible to do justice to the richness and fascination of all these works in so short a space, but they all deserve to be read. May fruitful inferences be drawn from them, especially by the people who can influence our fraught futures.