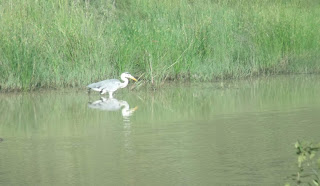 He came down out of the hills, and descended into Hell.
Because his home town was nestled amongst wooded ridges and granite domes, his school had adopted a biblical verse for its motto: Ex montibus robur – Out of the hills my strength. In full, in the King James version of Psalm 121, “I raise mine eyes to the hills, whence cometh my strength. My strength cometh from the Lord.” Which no one seemed to have noticed made little sense, until – much later in life – he learned that this was a mistranslation from the Hebrew. Someone had left out a question mark: “I raise mine eyes to the hills. Whence cometh my strength? My strength cometh from the Lord.” Ah.
If this technically eviscerated both the motto and the notion that one’s mojo might magically emanate from hills at all, for him it remained true at some level. Running as a rather wild child over the mountain slopes of his parents’ informal wildlife sanctuary had endowed him, he figured, with both physical fitness and a certain robust independence, if not an antisocial leaning towards hermeticism. His mother in particular had taught him to treasure every life, from leopards to moths, to be observant of the tiniest detail – of an ant’s nest, of the fold of a cat’s ear, of the glow of dawn light through the veins of a leaf.
Now, this morning, he had diverted his long and solitary road trip to take a few hours’ detour through an unfamiliar game reserve, some temporary relief from hammering in his noisy bakkie along the highways. In the mesh of minor roads and turnoffs to mining compounds and near-slum townships, he’d had to stop and ask directions to one of the park’s less-frequented entrance gates. Once within the park’s confines, though, he felt its greenness and space descend on him like a blessing.
The relief was not total, of course: he was still driving, albeit at the mandatory forty k’s an hour, and there were horned and toothy creatures, the brochure warned, ever ready to predate upon him, so he had better stay in his vehicle. He knew also that the park had been refashioned out of farmland; that there had been forced removals of human inhabitants (humans had been leaving their traces here since the Iron Age); that the twisting gravel roads had been designed to make you think you were going deeper into the wild than you really were; that it had been denuded by hunting and that most of the present animals had been more or less artificially re-introduced. There were other cars. It was hardly pristine “wilderness”.
Nevertheless, when he pulled up on a gravel apron overlooking a small dam and turned off the engine, an unspeakable peace soaked into his bones. The wind played in complex voices through milkwood trees, fringes of reeds, the surface of the water. Ripples spread and meshed where swallows skimmed a tipple on the wind, where the nostrils and eyes of wary hippos nudged through the sheen. At the dam’s edge a grey heron stalked, standing still for an age, watching, stalking a few paces on, neck curled back, a coiled spring. Slow food, he thought. Some squirrels chanced along, alert and hopeful, their feathery tails jerking and flickering in russet sun.
So it went: he drove a bit, stopped here and there. There seemed to be a rufous-naped lark every hundred metres, each one with a subtle but discernible individuality in its bush-top call. He watched a pair of young bull elephants amiably wrestling their way down to a pan, skirting a grumpy-looking hippo. A dung-beetle manoeuvred a ball of elephant poo across the road, and he waited until it had disappeared into the grass. Wildebeest watched him with idle curiosity; a baby zebra suckled, oblivious to his presence. A jackal buzzard floated on a liberating thermal. After recent rains, greenness pulsed and rustled in a hundred hues of quiet and fundamental life.
He wondered why he was leaving the park, eventually: wondered at the driven life of deadlines and obligations to which he would return, at the diastole-systole of adventure and home comfort that he discerned as having governed his life. On the far side of the park, where he emerged, he met the same charged busy-ness of crossroads and scrappy sidewalk stalls, of battered unreadable signs alongside new ones, of potholes and rumble-strips and robots and trash bowling along on a dusty wind. The park, he realised, was a tiny island carved out of a morass of oblivious human activity.
He stopped at a fuel station to fill up and to find something icy to drink: the day had turned forbiddingly brassy, and the midday heat beat up off the tarmac when he parked and opened his door. Nearby two burly farmer-types in obligatory blue-grey neo-military outfits, leaning against their massive 4x4, talked loudly, their mouths crammed with takeaway burgers. At his feet, as he stepped out, the desiccated husk of a chameleon lay, long flattened to a cardboard cut-out of its once-vivid life. As he walked across the esplanade, past the fuel pumps and towards the conventional one-stop shop complex, vehicles seemed to converge on him from all sides. A flushed, tight-lipped holiday-maker trying to edge his caravan-trailer into the pump queue; thick-necked business types in low-slung Mercedes swinging in at pretentious speed; small busybody sportives emblazoned with gauche advertising colours; a rusting Mazda saloon bulging with beanied youngsters jerking their heads in time to the doef-doef pulse of their sound system: it punched up into his very solar plexus and made him feel ill. Just across the road a loaded cattle truck had pulled up, the stench of its blue-black exhaust mingling with that of dung and terror; he fancied he could smell the incipient death of the abbatoir. 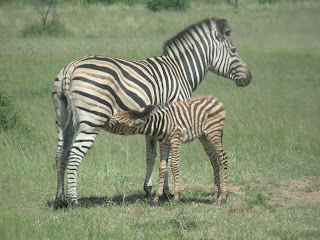 He almost stumbled to a halt in the midst of this assault. It was that: an assault. Noise: the petrol attendants yelling at each other, the poor imitation of music – some anodyne woman screaming unintelligibly over the PA system – all the vehicles revving and growling and purring like some herd of demented yet curiously pre-programmed animals coming into their mechanised troughs, as if their drivers were mere appendages to the grinding pumps and the nosing hoses, the beeping card machines through which intricate financial systems zithered through radio-active air into the very skulls of their human servants, the clang of bonnets being closed and the sharp hiss of compressed air. Reek of petrol and diesel and carbon monoxide and hot metal and rubber and deep-fry chip oil. Light assaulted him: everywhere sun spangling painfully off windscreens and chromium, reflecting off the uniform tar, on every side flat and curved surfaces of plastic and glass, impenetrable as an army of polished halberds, all the painted colours flat and primary and unforgiving, without nuance or meaning.
It was hardly better inside. Negotiating the glass front doors, disorientated by quavering reflections of the outside activity as well by as people brushing past him with their Cokes and Twizzers, he felt he was breaching the surface of some underworld, where air-conditioners seethed out their artificial cool, signs warned of perpetual surveillance, the drawers of the tills clanged dolefully. He visited the antiseptic toilets, repellently tiled in white, if thankfully clean: gauche men slammed the thin cubicle doors, flush mechanisms whined and sucked, the cleaner rattled his buckets, the music was louder in here than outside, there was no way to dry one’s hands except beneath the offensive bellow of automatic hot-air dryers thrusting out from the polished walls. He emerged with his head ringing and his belly quaking.
In the shop section with its rectilinear beige metal shelves, its ranks of glittering packets of sweets and flaky crisps and saccharine biscuits, he searched for something vaguely healthy to drink, picking out from the frigid glossy soldiery of offerings in opaque black or pool-cleaner blue a fruit juice he judged to be less addled with preservatives and colourants than the rest. Hungry, he needed something more than Lemon-Creams. He glanced into the restaurant section: named the Purple Steer, it appeared to vie deliberately with the chain eateries for plastic anonymity and blandness: those yellow plastic tabletops with cylindrical bottles of anaemic tomato sauce, families with caterwauling babies, most people not talking to each other but hunched with obsessed myopia over their cellphones, some of the men watching one or other of several flat-screen televisions – one vivid green with the astroturf of some soccer venue, men scampering inanely from one side to the other, commentary filtering in a slightly demented warble through the glass partitions; another flashing up quick-fire adverts, something that was Bigger, better, faster. There was a time, he mused, when they warned about photography that might induce an epileptic fit; now almost all of it seemed designed to do just that. Flash, zip, spin, shout: his senses couldn’t keep up any more.
Forget the restaurant. The shop offered no fruit, or anything else visibly derived from actual life, so he opted for a chicken pie, which at least he had observed coming straight out of the oven behind the counter. He took it outside to a shaded bench and table; it was almost all flaking pastry, with a leaking gruel of filling which burned his mouth and tasted of nothing much. The fruit juice sizzled in his stomach, dispiritingly acid. He hunched into the cauldron of noise around him: a babel of languages, greetings, curses, laughter, orders, queries, denials. A street-bum, gaunt as a heron, grizzled and sunburned to a deep maroon, smoked some grossly acrid cigarette at a nearby table, but paid him no mind; only a small girl, clutching the hand of her cajoling mother, seemed fascinated by him, but when he waggled his fingers at her she did not respond. And a pair of sparrows flickered down and chirped at his feet; they at least flourished on human discards, perhaps more now than in any other era of sparrow history. Beyond them, great yellow earth-moving trucks roared and stank. The heat shimmered its illusory lakes on the tar. 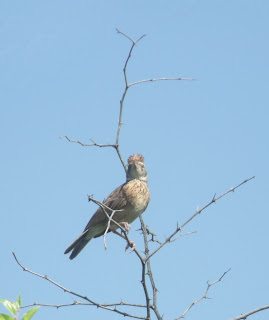 He stood, brushed the remnants of pastry from his shirt, threw the packet and the juice-bottle into a plastic bin whose hippo-like lid boomed at him, a sardonic laugh. Is this what we have come to? he thought. Is this the actuality of all our genius for communication and cooperation, invention and hope? If this is civilisation, we are doomed. Frenetic, selfish, blinded by immediacies, drowning in its own rubbish. It seemed blindingly obvious in that moment that it was all unsustainable; something had to break, perhaps was already breaking, inside him not least of all. The perpetrators – and he did not exclude himself, glumly acknowledging his own inescapable attachments to vehicle and laptop, camera and stove, TV and cellphone – were probably on the individual level mostly quite nice, seldom actually malign, even probably quite interesting, caring of their own, just making do, yet palpably, cheerfully oblivious, or at least helpless, in the welter of what had become accepted as progressive life, determinedly muffled against its own destructiveness. This is, he concluded, Hell itself.
He managed to reach his vehicle without getting run over, gratefully closed the door against the world. It was a while before he could bring himself to start the engine.