No 63 – Creativity and Chaos: Writing Harare 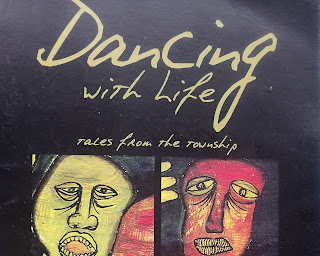 If Someone hasn’t written a thesis on literary representations of Harare, Someone ought to. I’m sure there’s plenty in the socio-economic academic literature about Zimbabwe’s urbanisation, from its colonial beginnings in the 1890s, through the depressed first decades of the twentieth century, the halcyon years in the 1950s and ‘60s, to the overburdened simultaneous growth and decay of the last thirty years.  Though novelists and playwrights and poets have doubtless been writing continuously about city life, and the urban environment is frequently mentioned in the literary surveys, a cursory search hasn’t turned up a comprehensive study.

The city has come a very long way since 1890, when one of Cecil John Rhodes’ troopers raised the Chartered Company flag over a patch of ground in the shadow of a prominent kopje, and Fort Salisbury was established. The tiny colonial settlement remained for a considerable period a pretty miserable place to be. Hugh Marshall Hole wrote about it this way in 1894, in Old Rhodesian Days, envying what had already developed in distant Bulawayo:

In Salisbury we heard of these things and envied. ... We still had our dismal black swamp in the middle of the town, and our ramshackle ‘Kyas’ of wattle and daub. By 1894, it is true, there was a sprinkling of brick stores and a few wells had been sunk, but the majority of us lived in thatch huts and had to get our drinking water up from the river below the camp in barrels hauled by donkeys or perspiring natives. There was no electric light for us. Those who were bold enough to venture out after dark had to carry a lantern to prevent them falling into dagga-pits or the open ditches which drained the camp.

The racial segregation of the city began right then, with a tightly controlled ‘location’ being established the far side of the Kopje; this and other townships sprawled even as the plusher white northern suburbs did, and one of the fascinating things to trace in the literature is the way that that racial and economic division gets increasingly infiltrated, broken down in places and reinforced in others, even as the white population after the 1970s dwindled to a tiny and effectively irrelevant sliver.

In some sectors, even a century or so after Hole, the city doesn’t sound much better.  Here is the legendary bad boy of Zimbabwean literature, Dambudzo Marechera, in an unpublished piece written in 1985: 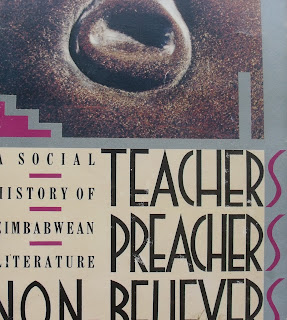 What is it about Harare? Is it the nightlife, the hotels, the nightclubs? Or the melancholy solitary walk back to the flat when a tawny, almost rubescent dawn is signalling from within the dark confines of another pent-up night? [...]
Ah, Harare. Its mysterious method of living out of a suitcase, living in anonymously cheerless but expensive blocks of flats, living no longer on borrowed time as in the past but on borrowed money, hire purchase, the black market, and the small advances one may rarely extract from the employer’s reluctant clenched fist. Harare, where a scream in the night is the signal for all shutters to come down – it’s none of my business who is murdering who. Harare, with her thousands of world-wise schoolgirls tarted up for the lunch-time disco at Bretts and at Scamps, the raucous scenes at Queens, the National Sports Stadium with its visiting bands and its bogus Cerulloean evangelists.

(This is cited by Marechera’s devoted literary supporter and executor, German academic Flora Veit-Wild, in her survey of “Zim.lit”, Teachers, Preachers, Non-Believers.) Marechera is obviously projecting his own self-destructive angst on the city in some ways; he was well-known in his short, creative and sad life for sitting in Cecil Square – the site of the original Fort, later Africa Unity Square – hammering out brilliant, tortured and cynical poems on a battered manual typewriter. Irrepressible, acidic and generally miserable, Marechera extended his experiences of the seamy side of Salisbury/Harare life into the phantasmagoric urban psycho-scapes of his novels House of Hunger (1978) and Black Sunlight (1981).

Something of that nightmarish vision of Harare’s townships occurs also in Chenjerai Hove’s well-known novella, Bones (1988), when his main character Marita ventures out of her already tough rural existence into the vicious and confusing confines of (we presume) Harare.  Hove also wrote a more realistic collection of vignettes, Shebeen Tales: Messages from Harare (1994) – these kinds of snatched impression-stories have become a favourite form for Zimbabwean writers.  Shebeen Tales, in my view, is not especially well-written, often both clumsily repetitive and not profoundly insightful, but Hove does capture some fundamental dynamics, accompanied by some juicy and resonant characterisations. 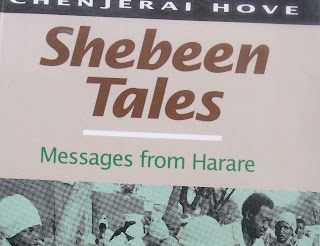 I am alone now, walking down Second Street, passing near parliament, the house of empty promises, to the national newspaper, the media of omissions. I hear disgruntled voices, some speak of economic stomach adjustment...

One of the brief chapters is entitled “’First World’, ‘Third World’, and ‘Fourth World’ City”; others centre on the shebeen, on the sex shops, on the high walls and savage dogs of the luxury suburbs. And in another chapter, entitled “Cleaning the Streets for the Queen”, Hove reminds us that the Mugabe government’s tactic of clearing the impoverished off the streets only when foreign visitors were due, was a habit established long before the infamous Murambatsvina clearances of 2008. Hove’s tone is sardonic:

The Queen of England, yes, the Queen herself, has requested to visit one of the most run-down suburbs of Harare, Mbare. Now, there is a problem: who can stand up and say to Her Majesty, ‘No, Your Majesty, please go to the other places, Borrowdale, Greenside, not to the squatter-riddled Mbare.’ Mbare is chaotically planned and everything takes care of itself. Violence, drugs, illegal vendors selling anything you can imagine. And collapsing buildings, old ones built in nineteen-I-don’t-know-when.

Harare in the year of Murambatsvina, 2008, is the setting for Valerie Tagwira’s first and solitary novel, The Uncertainty of Hope – the title is symptomatic. The novel is a very creditable one, and it’s a pity that Tagwira has published nothing further, apart from a short story or two; an obstetrician-gynaecologist, she is presumably too busy saving lives. Her intimate – not to mention medical – knowledge of Harare shows in her portrayal. The city remains severely split between rich and poor areas, the latter a perpetual embarrassment to a government that promised so much and delivered so little: this is a city plagued by AIDS, water and electricity cuts, rampant inflation (a loaf of bread costs millions), and chronic shortages of fuel and medical supplies. However, what Tagwira shows especially finely is how the city divides are in fact (have always been) porous, as the lives of disparate characters like Onai, the marginal Mbare marketplace vendor with the abusive husband, and Tom, a jet-setting would-be tycoon with a farm dodgily acquired under the Land Reform frenzy, become strangely yet entirely authentically intertwined through family and employment connections. The various personal crises come to a head in conjunction with, indeed inseparably from, the destructive clearances of Murambatsvina. 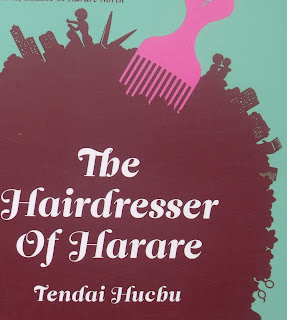 Boundary-crossings also occur in the occasional white person appearing in Mbare or other townships: a displaced farmer shebeen-crawler in Bones; a white army man taking up a rather nice house in Mbare in Christopher Mlalazi’s story “Eeish!”, from Dancing With Life: Tales from the township (2008). Mlalazi’s title reminds us that, for all the penury and dissolution, there is always vigorous life, creativity and humour to be found in the townships, a tribute to the people’s extraordinary resilience.  And in between the plush suburbs and Mbare and Chitungwiza are “the Avenues”, the geometrically-arranged flat-lands so disparaged by Marechera. Here small businesses can be set up in the corners of residential blocks, such as the somewhat dishevelled salon in Tendai Huchu’s The Hairdresser of Harare (2010), a very funny little novel in which a white woman features in a condition of clientship and equality, rather than as the more usual remote and paternalistic employer. A sign of the times, even as some colonial institutions (quite mystifying to the novel’s narrator), such as a rugby match between Churchill and Prince Edward schools, complete with bagpipe band, persist in their strange bubble of privilege. The novel’s treatment of homosexuality is a bold intervention into a locally controversial area, another sign of the city’s shifting social undercurrents.

The critique of Mugabe’s governance underpinning many of these works has sent any number of Zimbabwe’s best writers out of the country; Hove himself died recently in exile in Norway. So voluminous has the diaspora been that Brian Chikwava can characterise part of London as Harare North – his novel of that title constituting a brave, if not quite successful, experiment in inventing a kind of ‘Shonglish’ for a ZANU-PF-supporting main character. 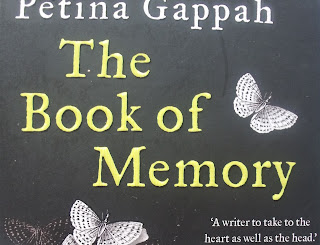 Another writer who has elected to live elsewhere, but continues to write about the homeland, is Petina Gappah.  Gappah’s first novel, An Elegy for Easterly, I thought very good but which, in the way of a number of first novels published elsewhere, I felt had had the pithy individuality edited out of it; it was so polished that a true ‘voice’ hadn’t been allowed to emerge. However, unlike too many young African writers who don’t survive the exaggerated accolades accorded to them by an apparently guilt-stricken international media, Gappah has gone on to write more, and to really find herself.  The Book of Memory (2015) relates perhaps the strangest of all crossovers between Harare’s adjacent worlds – an albino Shona girl named Memory who (so she thinks) has been sold by her father to a white man, who raises her devotedly; but she is in the infamous Chikurubi prison, having been accused of murdering her benefactor.  In her story, as she recalls it, are lingering residues of the entrenched divides of the more and the less privileged, the residents of Umwinsidale at one end of the scale, the Jo’burg Lines of Mbare at the other. 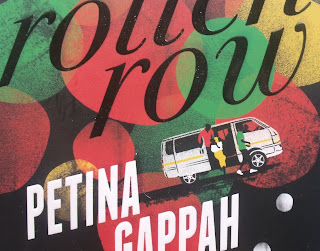 Still more accomplished is Gappah’s latest, Rotten Row (2016), which, rather mysteriously, won the Guardian First Book Award.  Rotten Row is that street running in the lee of The Kopje, on which have always been located Harare’s criminal courts; the first of the book’s interconnected stories is, daringly, related in the voice of Rhodesia’s last (white) hangman – a considerable accomplishment in itself. In its deeply-informed ranging across social sectors and economic brackets, I rate Rotten Row as the most complex, compassionate and nuanced portrayal of Harare so far.

And what of the future of Harare? One can only imagine – as did Nancy Farmer, a multiple award-winning American writer who lived for a time in Harare with her husband Harold, himself an accomplished poet. Nancy Farmer wrote several Zimbabwe-set novels for teens (Young Adults, we call them nowadays), including The Warm Place (1996) and A Girl named Disaster (1998). The Ear, the Eye and the Arm (1995) is set in a fantasial Harare of the twenty-second century. The Ear, the Eye and the Arm are three bizarre characters comprising a detective agency, who are set by a certain General to find his missing children; we are led on a charming helter-skelter adventure through the various districts of the city. We begin with the suffocatingly securitised rich suburbs in which the General, appropriately, lives; through the bawdy and dangerous chaos of Mbare; vast, tunnel-riddled trash-lands ruled by a woman no less tyrannical than the General himself; the Mile-High city, which is a luxurious (very) high-rise complex, a kind of extension/combination of the boutiques of First Street, the gold-and-glass Sheraton hotel, and ZANU-PF headquarters; and Resthaven, which bears the name of an actual old-age home but in the novel is a walled-off enclave attempting to restore age-old traditional rural Shona values.
A wonderful story. 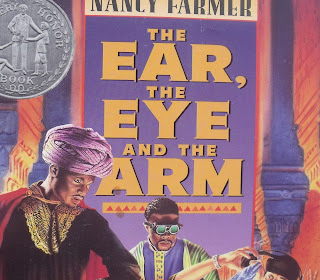 I have already gone on rather long – and have only scratched the surface of a rich lode of imaginings of a multi-faceted, turbulent yet attractive city just bursting with artistic talent and possibility.

Posted by critical diaries at 14:58 No comments: