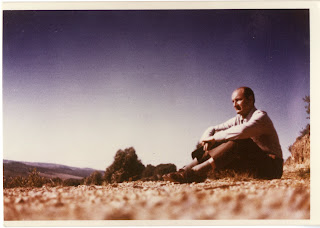 How is it that a poet whom J M Coetzee himself called the “purest poetic talent" of his generation has become quite comprehensively forgotten? Some of you might have encountered in your school anthology one or two of his more accessible poems like “Dawn Hippo” or the beautiful love-poem “The Sleeper”.  Otherwise, even in university literary circles the poetry of Sydney Clouts is almost completely ignored.

Is this fair? Maybe he deserves to be lost. After all, he is dead – rather a disadvantage in our age of obsessing with the new and the instantaneous. He was also white – which these days can be a serious disqualification for being taken, well, seriously. Add to that being male – bad, bad, original sin – and he’s done for. There’s more: Clouts was Jewish, which threatens to condemn him to a minority interest; and he lived and wrote in an insignificant coastal dorp named Cape Town.  Who would be interested?

One anonymous publishers’ reader seemed positively offended that I should even attempt a book-length study of Clouts's poetry, informing the publisher that it would be “politically and intellectually” inappropriate and inadvisable to publish it. (They didn’t.) This of course just spurred me on, and I’ve adopted the comment as my main advertising slogan. After all, isn’t that what we academics are for: to ferret out the unusual, stand up for the neglected, challenge the orthodoxies of the day, open readers’ minds up to the strange and unfamiliar?

In our current phase of intensive decolonisation and the steady Africanisation of our literature syllabus, it’s now teaching Dickens, Eliot (whether George or T S) or Sydney Clouts that can appear most strange, culturally challenging, and unorthodox (not to say ‘conservative’ or even ‘retrograde’). The politics of all this is generally ugly, opportunistic and intellectually shallow, apparently calculated to demolish individualistic appreciation of literature itself. I wrote a critical study of Clouts simply because I loved his poetry from the first time I read it. Writing about it has been the most intellectually challenging and personally satisfying extended project I have ever done. It’s hard to say exactly why I loved it – only that it scintillated and intrigued, and if I felt poetically stuck myself, just reading some Clouts would get me going again. 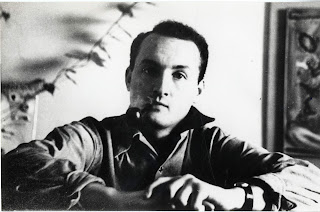 Sydney Clouts was born in Cape Town in 1926, went to SACS and UCT, and married Marge Leftwich (who still lives in England and has been wonderfully supportive of this whim of mine). 'Work' was never central to his being, though he trained and was employed as a librarian in London, because all he wanted to do was write poetry. He was a poet’s poet, devoted to the craft in a rigorously unself-centred way. Despite this dedication, or because of it, he published astonishingly little – just one slender volume, entitled One Life. (It did win both the Olive Schreiner and Ingrid Jonker poetry prizes.) Deeply unhappy with the unfolding of apartheid, despite a relatively cosy suburban existence, Sydney, Marge and their three sons left for England in 1961. The move eviscerated Sydney’s poetic confidence, and though he produced literally hundreds of pages of drafts, he published very little more before he died of cancer, aged just 56. Even his Collected Poems, posthumously compiled by Marge and his twin brother Cyril in 1984, amounts to a mere 120 pages.

Not that either a slender oeuvre or neglect in one’s lifetime necessarily condemns one to obscurity forever. In our era of instant self-publishing, internet access and blogging, it’s easy to forget that John Donne’s poetry circulated only amongst his friends in handwritten copies; William Blake was considered a nutter who had to etch and print his own works; and were it not for Rupert Brookes’ rescue job the world would never have seen the mind-bending poems of Gerard Manley Hopkins – all poets who eventually had incalculable influence on global literatures in English. And T S Eliot’s Collected Poems is only a couple of dozen pages longer than Clouts’s, also enjoying massive influence despite their ferocious level of difficulty.

Politics, awkward timing and personal reticence all contributed to Clouts’s marginalisation, but just as responsible was the perceived difficulty of his poetry. Like Eliot – and like many other contemporaneous Modernists whom Clouts read and loved – Pablo Neruda, Eugenio Montale, Osip Mandelstam, Roy Campbell, William Carlos Williams, Wallace Stevens – the poems make stern demands on the reader’s imagination. There are few obvious narrative lines, no logical arguments. Lines can leap inexplicably from one image to another; vivid elements and sensuous tesserae are compressed together as if under extreme heat. Take these lines from “The Feeding of the Doves”:

Doves beleaguered me,
turtledoves, ringdoves.
Nuts and breadcrumbs I had,
and a thought taking wings,

of the pensive diet
digested on eaves
of the city, on windowsills
glancing seaward.

An ordinary scene develops increasing compaction and interconnection, until doves and food and poet’s thoughts all seem to become part of each other – an ecology. But whatever this might ‘mean’ is only hinted at, never directly stated. Even Clouts’s best friends and staunchest supporters admit that they don’t always know what’s ‘going on’ in the poems, but they sense unspoken richness beneath the surfaces. His mother Feodora, on receiving her copy of One Life, said it as well as anyone: “I know that One Life is something good, honest and deep in meaning. Of course this implies that I shall have to read many of the poems again & again until I begin to have glimmerings of their ‘intimate lightning’.”

Despite his modernist techniques, Clouts was often regarded as a Romantic nature-poet – a label he vigorously rebutted. Nevertheless, it was partly Clouts’s repeated invocation of trees, birds, rock, mountain, weather that – being a peripatetic mountain-forest dweller myself – attracted me to him. Cape Town city itself might as well have been a beachfront dorp for all that it’s mentioned; it was the surrounding coastlines and weathers that energised the poetry. This opened Clouts up to accusations of promoting some sort of primitivist Noble Savage state, and of ignoring the tortured contemporary politics of the intensifying apartheid regime. Though understandable, neither accusation is entirely accurate or fair. It’s a mistake to assume that a writer thrusts every aspect of life and thought into poems, or that a person can be adequately psycho-analysed through them – especially one like Clouts who strove to excise himself from the poetry. Drafts, letters, collections of clippings show that he was knowledgeable and gravely concerned about those politics and their terrible impact on the majority and the poor.  And his poem “Professor Gulf” is an acidic allegorical portrayal of Hendrik Verwoerd. My own impression is that his ‘nature’ poetry was less an escape from than a conscious riposte to apartheid’s grimy oppressions; he saw humans as enveloped in far greater and more fundamental ecological systems – indeed, he was ahead of his time in this increasingly relevant insight. In the midst of distress, he searched out articles of beauty – a move easy to dismiss as diversionary, but which is in its own way courageous and dignifying, affirming a humane relation to the world which is just as important  as political freedoms.  Take his intimate observations of a simple beach walk: 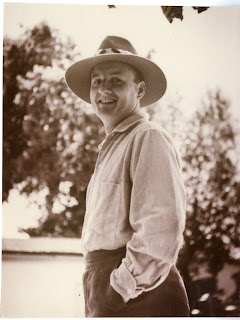 I breathed the first shivers of daylight
on lowtide lagoonbed grasses,
shallow ledges of slime in the seawind.
I went between spouting crabholes,
tottering oilgreen spindles that roved on the waterfilm;
over systems of sharp red,
mauve and brightblue
speckles of aragonite, like blown seeds:
Shelley’s dome transformed into fertile splinters.
Life breaks life and stores the concise fragments.

It’s nature-appreciative, to be sure, but there is also a hint of violent dynamics: “life breaks life” into “fragments” – but it also “stores” those shards for our paradoxical delectation. Pay careful, caring attention to all of life’s minutiae, is Clouts’s consistent call.

This is not to deny that, as a person of his race, class and resources, he was no public revolutionary, was relatively sheltered, and could emigrate when he felt the need, where most could not. Clouts was, of course, not the only writer to choose or be forced into exile in the 1960s. I’ve just read our colleague Andrea Thorpe’s new essay in English in Africa on Peter Abrahams, who was in London at the same time as Clouts, though I’m not sure they ever met. Abrahams’s work has been equally neglected by critics and academics, despite his politically kosher colour and ideological affiliations. This points to a wider syndrome: the critical neglect of poetry generally in South Africa. Deeply considered studies and biographies, beyond specialist journal articles and some unpublished theses, are few and far between. This applies to poets of every stripe, creed, language and political persuasion, not only DWMs. Moreover, poetry is generally poorly taught in schools, if at all; the bulk of our university students, apparently terrified or disdainful, avoid it if they can; and even postgraduates are much more likely to study fiction or jazzy new digital forms. So, while some poetic expressions flourish in various quarters, the traffic between poets and critics, which ought to be vigorous, voluminous and ultimately beneficial to poetry itself, is lacking. 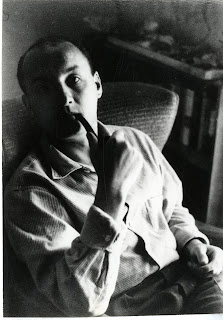 If so few people read poetry, and hardly any of those have read Sydney Clouts, I don’t know who is likely to read a dense and substantial study of him! But I must remain optimistic, and hope that this book is the beginning of a tsunami of poetic-critical popularity. Or at least that this one poet can be rescued from obscurity, revealed once more like the flash of a bolt of “intimate lightning”.