Death and Compassion: The elephant in southern African literature 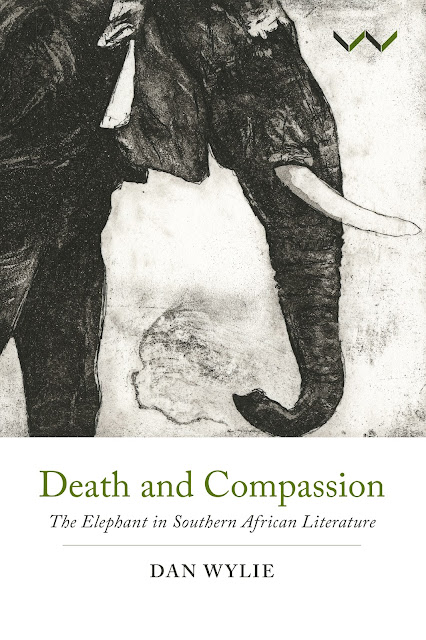 Getting mock-charged a couple of times by an elephant in the Zambezi Valley endows one with a weird kind of affection for the great beasts. All right, so I’m a bit strange that way; but decades later, as I spend time watching the tractable elephants interacting in nearby Addo Elephant Park, I find them more fascinating and beautiful than ever. Though I’ve travelled to find elephants from Hwange to Tembe, from Ugab to Knysna, mostly I sit around reading books. So the fruit of my years of interest is not so much a book about elephants, as a book about books about elephants.

Death & Compassion, as far as I know, is the first in-depth study of the role and presence of the elephant in the literatures of Africa south of the Zambezi. Biological and conservation studies, coffee-table books, films and photographic essays of this iconic animal abound, but I propose that various literary genres have also played a crucial role in structuring public attitudes towards elephants (as to the ecology generally). Many attitudes now commonly purveyed by YouTube clips or photographic essays originated in those literatures that predated our technological era. Those attitudes have contributed to the practical treatment of actual elephants – especially in the growth of compassion towards them. Some people go to extraordinary lengths to save an elephant.

But there’s the other side, too – people who have no compassion for elephants at all. From nineteenth-century imperial hunters to today’s ivory poachers, men have slaughtered elephants without a quiver of remorse. In some estimates, today an African elephant is being killed every 15 minutes. They will not last long unless compassion and respect are much, much more effectively deployed.

I don’t know how to achieve that, but I do think it’s important to understand how this situation – remorseless killing cheek by jowl with compassion – has developed. Literature provides one window onto that understanding. 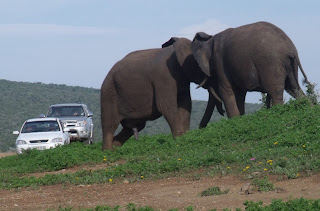 My study proceeds roughly chronologically, but also by genre, assessing how attitudes towards elephants are embedded in each type of writing.  Each genre raises for me interesting questions. So the book goes something like this:

Introduction: What is compassion? Is it different from pity or empathy? How is compassion different for a fellow-human, for a domesticated animal, and for a wild and potentially dangerous one? What might be the practical effects of compassion in the physical world? This is, I think, a crucial question about the linkages between the imagination and action.

Chapter One: Complex pre-colonial attitudes towards elephants are expressed in our region’s stunning rock art, as well as preserved in folktales and proverbs. However, these attitudes have inevitably been filtered through modern textuality, endlessly repackaged and marketed for current readerships, so they are tricky to assess. Reverence, taboos, food-source – but compassion? Hard to say – or is compassion a more recent invention?

Chapter Two: Imperial-age travelogues by European sojourners between roughly 1680 and 1836 included Sparrman, le Vaillant, Barrow and even Darwin.  Many of these travellers had pretensions to scientific expertise on the Western Enlightenment model, while foreshadowing the hunting manias of the succeeding century. The chapter asks about the growing role of biological science in affecting the treatment of elephants – an unsettling mix of, as le Vaillant put it, “experiments and devastation”. 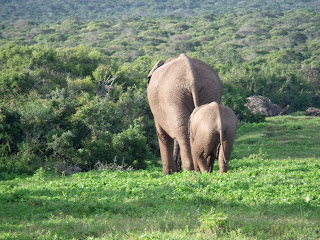 Chapter Four: Some hunters began to write fiction towards the end of the nineteenth century, often repeating the largely uncaring attitudes of the hunting genre, even as it coincided with the onset of more conservation-orientated attitudes. The chapter mostly covers adult fiction of the second half of the twentieth century, including that of Laurens van der Post, Stuart Cloete and Wilbur Smith. Does fiction offer a particular channel for imaginative empathy?

Chapter Five: Attitudes of empathy, bordering on anthropomorphism (a much debated notion), emerge more strongly in stories for youngsters than in the adult fiction. Why is this? How have we have taught and currently teach our youngsters about ecology and wild animals through literature? The chapter concentrates on three novellas for teens, which all raise a further question: What are the connections between imagination, touch, communication and compassion?

Chapter Six: The development of national parks and so-called ‘fortress conservation’ has spawned a genre of writing as distinctive in its features as the hunting-account was: the game-ranger memoir. It begins with Wolhuter and Stevenson-Hamilton in Kruger, and remains popular today. The chapter examines several examples. exploring especially how emergent forms of compassion for elephants intersects with the commercialisation of game-viewing, the rise of animal-rights philosophies, and the controversial issue of ‘culling’.

Chapter Seven: Conservation ethics and increasing biological knowledge of elephants, resulting in a narrowing of the gap between human and elephant consciousness, have brought large numbers of trained scientists or related researchers into the field.  Some have written popularised accounts, all alert in new ways to the limitations of ‘fortress-conservation’ models and to the prevalence of human-elephant conflict in many regions. How do we manage these boundaries? The chapter concentrates on two such memoirs, by Anthony (The Elephant Whisperer), and O’Connell.

Chapter Eight: This is the one chapter that departs from a generic focus, pulling together many of the underlying strands of the previous chapters in examining literatures pertaining to the quasi-mystical elephant populations of Knysna and Addo; these range from Pretorius’ hunting account, through the ‘research memoirs’ of Carter and Patterson, to the fiction of Dalene Matthee. Can a ‘remnant’ like this help focus aspects of past and future attitudes towards threatened elephants more broadly? World-wide, almost all animals are now ‘a remnant’, by their very rarity attracting a particular nuance of compassion.

Chapter Nine: Since emotion is central to the job of poetry, do poems have something specific to offer in delineating compassion for elephants?  Examples range from pre-colonial and indigenous depictions to contemporary offerings by Livingstone, Mann and Salafranca, amongst others. 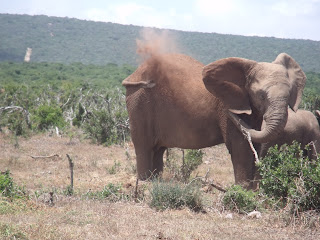