An article in a recent issue of the Eastern Province Herald (26 November) notes a worrying algal bloom in Algoa Bay. The oxygen-guzzling algae are stimulated by the spewing of untreated sewage into the Swartkops estuary from upriver townships – a long-standing and persistent problem as damaging to ocean ecosystems as it is to human health. It’s also an issue entangling natural dynamics, the unresolved inequalities of apartheid-style urban planning, and current misgovernance.

Cape Town’s equivalent, the notorious “red tide”, is one of several environmental themes explored in Lesley Green’s excellent new book, Rock, Water, Life (Wits University Press). Lesley Green, an anthropologist, directs the Environmental Humanities programme at UCT, and most of her points of focus concern her home region. Her case studies exemplify the aim of the programme: that is, broadly, to get the environmental sciences and the humanities (especially sociology, politics and anthropology) talking to each other. This drive towards “interdisciplinarity”, often talked up, is less than easy to achieve in practice. The so-called “hard sciences”, which tout their objectivity as somehow standing above and outside individual perceptions and social or political biases, are notoriously insular and specialised, barely talking to one another, let alone to psychologists or poets.

This isn’t confined to the sciences. A recent article in The Economist (14 November, p.67) quotes Nobel prize-winning economist Robert Solow’s disdainful dismissal of critics: “When they want economics to be broader and more interdisciplinary, they seem to mean that they want it to give up its standards of rigour, precision and reliance on systematic observation interpreted by theory, and to go over to some looser kind of discourse.”  That word looser conceals the discipline’s reluctance to account for, and engage with, the actual messiness of human life. Many scientists and economists have laudably tried to find ways to communicate their ideas to “the masses”, but frequently flounder, impelling them back into their disciplinary bunkers. Nowhere has this been clearer than in the current chaos concerning face-masks. As this same article notes, epidemiologists were wholly unprepared for the politicisation of this apparently straightforward anti-Covid measure. “Follow the science!” is the clarion call – but clearly large, distrustful portions of the population are unwilling to do so. Any attempted policy which fails to acknowledge the resistance and understand the reasons behind it, is bound to fall short. In any event, “the science” is seldom singular or seamless: the progress of scientific research towards consensus is itself congenitally messy, contested, and provisional.

A mixture of respect for good science, a cool scepticism, humane empathy, and exemplary self-awareness, energise Lesley Green’s studies. She begins with the charmingly personal: as she cycles, drives and kayaks around Cape Town, she keenly observes the everyday signs of how its geology, water sources, animal denizens, and ocean currents have been historically corralled, modified and polluted by burgeoning humanity. In a series of absorbing, densely researched but readable chapters, she explores the original Khoekhoen people’s relations with the mountain from which they were eradicated like vermin; the so-called “baboon problem” on the same ground, with its clash of scientific, fence-them-off views as opposed to other let’s-be-neighbours strategies; the attack on “Western science” by the #FeesMustFall movement on the UCT campus; debates about fracking in the Karoo; and the clash of community fishing, policing, and poaching off the littorals.

These apparently disparate issues are underpinned by a fundamental concern for the health of the environment, and also by Green’s insistence on asking awkward questions. Failures to resolve these and related flashpoints are partly due to an inability or unwillingness to ask the right or searching questions. Ask in a different way, Green suggests, you’re likely to come up with different answers. Hence in every chapter the reader is confronted with a welter of questions – questions at once dislocating, cogent and exciting. These are the scene-setting challenges from her introduction:

How to be more present to expunged pasts? How to imagine what others have felt in these places in other times, in other disciplines, as other species, as the earth itself? What is it to be present at the massive ecological destruction of our times, amid the pressing sense of the failure of “scientific nature” to find a voice in South African political life that can speak to voices other than those of “whiteliness” ...: the expert, the judge, the martyr? How to feel and think, and hold onto relationships that matter in a time of neoliberalism where all relations that matter in “the economy” have been translated into dollar terms for “the market”, while the rest have become invisible?

Such a capacity to be present, to probe and to innovate in itself makes Rock Water Life an immensely important book, not so much for answers to specific problems as for the boundary-testing mindset of inquiry. Green is humble enough not to pretend to have answers to all her own questions (though she does end with some challenging recommendations). Nor is she blindly idealistic. But she is able to give at least one achieved, practical example, in respect of the problem of “over-fishing” off Cape Town’s coasts. This has been bedevilled by an insuperable gap between scientists’ focus on ecological systems and measureable catch sizes, versus fishing communities’ deeply-held cultural mores. The pre-eminence of “the science” in policy decisions resulted in strongly resented quotas, the exacerbation of “poaching”, the criminalisation of the wrong people, and increasing inadequacy of policing. This unfortunate situation has been markedly improved by a single innovative intervention: the supply of a custom-designed smartphone app to all fishing-boat captains. The app records boats’ positions and fish catch information in detail, which helps find fish, reduces and identifies genuine poaching, makes policing easier, and feeds scientists with data at a density they could not achieve on their own. The fishermen have become “citizen scientists” in a community-affirming way which bridges divides dating back, in crucial aspects, to colonial times. In a sense, a new language has been forged by which different communities, radically divided by economic class, race, and/or apartheid-designed geographical distribution, can at least in some respects fruitfully communicate.

All the divides revealed in Green’s chapters – between “decolonial” students and established academics, between gas companies and Karoo residents, between ethologists and baboon-lovers – require some such innovative leap towards a new basis for communicating and problem-solving. Above all – and this is Green’s overarching point – “science” cannot pretend to be loftily divorced from the history and society in which it is embedded, and public policy cannot be single-mindedly dictated by its comfortingly clean adherence to “objective evidence”. That smacks to many residents of just another exclusionary tranche of colonial imposition: much “environmentalism” has become “part of the era of expulsions, and of extractions driven by expulsions, and of the struggles against extinction in spaces of extraction”. Green is by no means anti-science, only anti-“scientism”. She puts it pithily: the book is about “navigating a path that welcomes and celebrates scientific enquiry, scientific achievements, and integrative thinking, and questions scientific reductionism and transcendence, and associated forms of environmental authoritarianism”. Just as fences don’t deter baboons, and even rock does not ultimately sequester poisonous chemicals, science can’t cordon itself from the complex, messy, sometimes un-measureable interflows of physical materiality and human cultural perceptions and ethics.

Green’s subtitle is Ecology and humanities for a decolonial South Africa. Though she is clearly in favour of “decolon(ial)isation” in some form, she is not uncritical of, for example, the loud and simplistic denunciation of Western science by some #FeesMustFall spokespersons. The term “decolonial”, and what it might look like, is of course itself hotly contested, and ultimately needs further unpacking than Green allows here. So, too, do two other terms that are foundational to Green’s approach: neoliberalism and feminism. Though her case studies arguably show neoliberal tenets (primarily the monetisation of natural resources, horribly dubbed “ecological services”, and the consequent reduction of both human and non-human denizens to faceless counters in a global game of big-business financing and collusive governance) and/or patriarchy in action, another book might be needed to solidify those also complex realms.

Her final recommendations are procedural, a matter of mindset. To blithely collapse her subtlety and wide theoretical reading into paraphrases of her subtitles, they are these: resituate scientific authority; disassemble the nature/society divide; depose the neoliberal gods of Reason; move from a relation of mastery to a relation of presence; rethink space and time in terms of flow and movement.

These kinds of thoughts have often been proposed before, pre-eminently by feminist ecocritics, also by poets (“flow” was one of Cape Town poet Sydney Clouts’s central terms). But Green contextualises and applies them to South African realities with trenchant detail. Of course, I’d also like to see the socio-political and anthropological aspects of the “humanities”, so expertly applied here, extended even further to the performers and the writers. So much of what Green explores is manifestly amplified by story-telling amongst participants, by poetic declamations, by imaginative new relations, by songs, by lying, by theatrical public performances. These, too, affect and pervade our relations with the natural world, from which we are indivisible. Much comes back to language and languaging. Green writes: 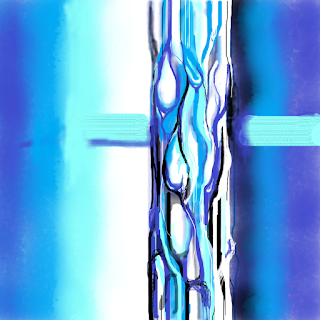 Finding a language in which to think and speak about “nature”, “green”, and “environment”, outside of the already written and the already said, is like riding a bicycle through the bush instead of taking the road ... you navigate the slow stuff, hoping that there might be a different insight, [and where] there are no auto-completes for words or thoughts.

That’s almost lyrical, and I hazard that the poets should be further consulted for new ways! As the Swedish master-poet Tomas Tranströmer echoes:

The language marches in step with the executioners.

Therefore we must get a new language.

Posted by critical diaries at 16:35