No.3 – The multiverse of Odysseus

In our current charged campus atmosphere, amidst the drive towards some as-yet ill-defined “transformation” and “Africanisation”, the question of what we teach, and how we teach it, assumes especially urgent attention.  How, in a literature department, do we choose from an overabundance of riches, at least eight hundred years of English, mutating into a menagerie of global varieties?

For some, just the term “English literature” implies we must inevitably be hung up in some sort of tweedy Victorian time-warp, wrapped in the cocoon of “the canon” – Shakespeare, Dickens, Jane Austen, and other such ‘approved’ work.

But perhaps “the canon” never really existed.  Rather, there have always been many canons through time, overlapping and competing with one another like waves on a beach, endlessly argued over and flexing according to fashion and circumstance.  At one time Dryden and Thackeray were “canonical” and therefore regularly taught; now they are hardly even mentioned, let alone studied.  I’m not sure there’s a department in this country that still teaches primarily, let alone exclusively, anything like an “English canon”.  What was always a contested category has been enormously complicated and enriched by the postcolonial explosion of “world Englishes” – so now we also teach South African and Zimbabwean, Kenyan and Ugandan, Nigerian and Canadian, Irish and American, Australian and Indian literatures.  We jockey and argue perpetually about relative aesthetic, intellectual and thematic worthiness of this text against that – new canons waxing and waning with every successive wave.

Which is just as it should be.

Between the waves, certain rocks seem to retain incredible resilience.  The Bible, of course, and yes, Shakespeare and Dickens and George Eliot, whose Victorian tome Middlemarch arguably remains the finest novel in the language.  (Arguably, ha ha!)

But of all the world’s great works, I wonder if any surpasses Homer’s Odyssey for longevity, persistence and flexibility – its Protean quality, Homer himself might have said.  Nearly three thousand years old, setting the standard and pattern for the poetic epic in many languages, unsettlingly modern in its seamy beginning, its episodic structure, and its dubious ending.

In his 1842 poem “Ulysses”, Lord Alfred Tennyson famously re-imagined that ending – Odysseus (aka Ulysses) coming home after twenty years, giving his wife a desultory smooch and shoving restlessly off again.  As a youngster I thrilled to the reckless abandon, melancholy longing, and intoxicating rhythms of its closing lines:

Come, my friends,
'T is not too late to seek a newer world.
Push off, and sitting well in order smite
The sounding furrows; for my purpose holds
To sail beyond the sunset, and the baths
Of all the western stars, until I die.
It may be that the gulfs will wash us down:
It may be we shall touch the Happy Isles,
And see the great Achilles, whom we knew.
Tho' much is taken, much abides; and tho'
We are not now that strength which in old days
Moved earth and heaven, that which we are, we are;
One equal temper of heroic hearts,
Made weak by time and fate, but strong in will
To strive, to seek, to find, and not to yield.
Ah, those thundering iambic pentameters. 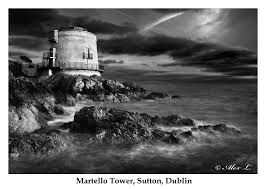 Years later I sequestered myself in a cottage in Zimbabwe’s Inyanga highlands and doggedly read James Joyce’s novel Ulysses from cover to cover.  Dauntingly massive, dense with linguistic invention, really an “anti-novel”, it took a while.  I still find the book’s parallels with the episodes of Homer’s original a bit obscure, in that tangential Modernist fashion – but I loved the brilliant rendition of a cat’s greeting: mngiaowr.  Later still, I enjoyed following, guide-book in hand, the precisely-related steps of the central characters, Leopold Bloom and Stephen Dedalus, in their mini-odysseys through the streets of Dublin.  I tramped from Martello Tower to pub to the Library to the Book of Kells and back to the pubs – all shamelessly profiting from the fame of a writer who in his lifetime was forced into exile, vilified for daring to describe Poldy Bloom taking a dump.

Which just goes to prove the point about the mutability of canons.

Joyce, along with other Anglo-Irish writers like William Butler Yeats, who also worshipfully employed Homeric motifs, could be described as “postcolonial”: after all, Ireland had been colonised by the English longer than anyone – nine centuries.  Similarly, the Odyssey has proved a fruitful model for writers from other former colonies, especially for those on journeys of exile, alienation and temptation; and those from sea-girt archipelagoes.
In the Caribbean, for instance, Nobel Prize-winning poet Derek Walcott transforms Odysseus into a humble Trinidadian fisherman, Achille, describing his meanderings and desires in the book-length poem, Omeros (Greek for Homer).  Not only is this a rare modern epic poem (a form distinctly out of fashion), it’s written in loose terze rima, the interlocking rhyme scheme in which Dante wrote the Divine Comedy – in its way another Homeric offshoot.  Here Walcott’s blind character Seven Seas celebrates the global reach of blind Homer himself:

O open this day with the conch’s moan, Omeros,
as you did in my boyhood, when I was a noun
gently exhaled from the palate of the sunrise.

A lizard on the sea-wall darted its question
at the waking sea, and a net of golden moss
brightened the reef, which the sails of their far canoes

avoided.  Only in you, across centuries
of the sea’s parchment atlas, can I catch the noise
of the surf lines wandering like the shambling fleece

of the lighthouse’s flock, that Cyclops whose blind eye
shut from the sunlight. Then the canoes were galleys
over which a frigate sawed its scythed wings slowly.

Just beautiful.  And look up Walcott’s poem, “A Sea Chantey”, with its own Homeric echoes.  It’s one of the most moving poems I know.

I was actually stimulated in this direction of thought this week by reading a 2014 ‘transnational’ novel by Bengali novelist Amit Chaudhuri, Odysseus Abroad – definitely a journey of both alienation and temptation.  The Indian protagonist, Ananda, attends university in England, lightly bouncing his “adventures” off Homer’s original.  Immensely readable, it’s at once an examination of postcolonial displacement in multicultural London and a delightfully perceptive depiction of a student of literature.  Many of our students would identify with Ananda’s comic tribulations.
Among African writers, Nigerian Nobel laureate Wole Soyinka magnified and universalised his prison experiences by refracting them through both Homer and Joyce, in his stream-of-consciousness series A Shuttle in the Crypt (1972).
Another ‘Homeric’ African, I dare to venture, is one Dan Wylie, whose volume Sailor: Poems for my father includes a scattering of echoes and quotations from the Odyssey.  I found this a terrifically enriching way of meditating on what my late father means in my life – remembering that the opening books of the Odyssey are not about Odysseus at all, but about his son Telemachus’ search for him.  So the ancient remains fully functional in the now; relevance is not pre-given, but proactively created in timeless interactions.  This is Sailor’s opening poem:

I am in search of a certain man.
Nestor, Menelaus, have you seen his sail?
Memory, can you resurrect his voice?

You ask: How would we recognise him, this man?

He has a skull as blunt as an apothegm.
He has a chest like a depth-charge.
He has forearms like steam-trains.
He has hands that break resistance into kindling.
He has calves striated as volcanoes.

You ask: By what manners might we distinguish him?

He has a stride that scythes through armies.
He has eyes that would melt ice, then turn to ice.
He wields an argument with the rectitude of a hand-axe.
He has a laugh that collapses the lungs of nuns.
He has a memory to shame elephants.
An obstinate, cunning, and irrepressible intriguer.
So persuasive, so quick-witted, so self-possessed.
Eloquence and sound judgement, too.

You ask: What is this man to me?

He spoke me into being.
Year on year he strove
to teach me how to fight
how to read thoughtfully
how to seek
how to stare down failure
how to comprehend machines
how to navigate into unprecedented seas.
He beat me just once.
He embraced me once.
He let me go more than once.
I turned from him more than once.
The gods turned his head to darkness.

I have sailed the length of the sliding world, and return,
looking for his footprints on the surfaces of waves.
Even as I draw closer, with cautious oars, he fades.
Where am I to look for him now?

With a bit of luck this, too, might one day emerge from obscurity and become canonical! 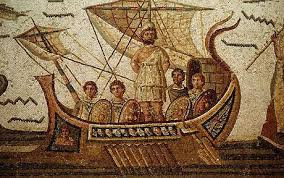 (To order a copy of Sailor, email me at danwylie1959@gmail.com )
Posted by critical diaries at 17:24