No.26 - Don Maclennan, music and poetry 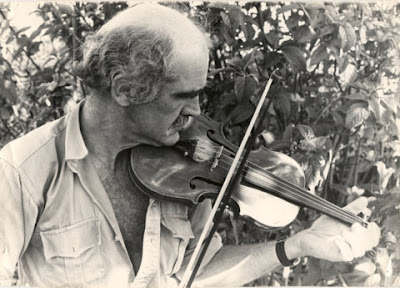 Poetry in performance, often in conjunction with music, seems hugely popular.  Written poetry, on the other hand, struggles.  Hardly any major publisher in South Africa even accepts poetry submissions now; the small magazines battle to keep afloat.  It’s not for lack of people writing: that wonderful, humorous poet and publisher Gus Ferguson once joked, not entirely inaccurately, that there are 523 poets for every reader.  Even poets seldom buy one another’s volumes.  Young poets, even those doing creative writing courses, often seem to think that reading others’ poetry is unnecessary.  Hence, for all their frequently courageous exploration of new and urgent themes, a lot of it is simply mediocre, a recycling of phrases sucked up from the banal swamplands of popular music.

Try being an ageing white male poet steeped in the textuality of previous ages.  Even worse, try being dead.  Don Maclennan, one of our finest and most prolific poets, passed on some eight years ago now, and despite some lovely reviews (see P R Anderson's in the latest issue of English in Africa) and the publication of both his Collected Poems and a volume of essays on his work, No Other World, he is yet hardly a mainstream figure.

This is grossly unfair. (OK, OK, he was my teacher, mentor, and great friend, and I had everything to do with producing the two aforementioned volumes – but it is still unfair.)  He is a phenomenally lucid and humane poet who, whatever walk of life or age you might be, has a great deal to teach and, just as important, to think about.  He may not seem to address some of the Big Issues of Today, like race, politics, and rape – but he does, just from a different angle.  He sees those issues as embedded within even larger ones; he obliges us to reassess our politics by revealing the beauty that persists despite politics’ griminess; he addresses rape by exploring its difficult opposite, love and ecstasy.  There is no difficult question of being, relating, writing, dying that he shies away from.

I mentioned music earlier.  Don lived with and within music always.  He played the violin, he listened to and understood a great deal of music, and he often wrote about it.  One of his very first volumes was a collaboration with music lecturer Norbert Nowotny, entitled In Memoriam Oskar Wolberheim.  Some of his poems were memorably set to music by South African composer Michael Blake, and Don conducted a spirited conversation about music with Blake’s wife, Christine Lucia.  His poem “Autobiography” is all about his playing music.  He had been raised on music by his Scottish father, as he wrote in an early poem, “To my father playing his bagpipes”.  Don imagines him playing the instrument across the veld at sunset, as after a battle, “with a sense of sweet massacre” yet somehow taking possession of “the tilting planes of light”.  Music fills the world.  Don then compares that braying instrument to a captured bird, trapped under the player’s armpit:

You clasp under your arm
a giant northern bird
one wing lame
the other hugely spread
like fingers of some universal hand.
You hold this creature
solicitous and afraid
for reasons far too ancient to express
coaxing him to utter his distracting cries.
Proudly and with military care
you have begun to strut bird-like
protecting the wild creature
and yet twisting his lame wing.
Out of his long black beak
pocked as branches in the sea
wail the ebony endless cries,
bird music ancient as stones.

There’s so much one could say about this, reading from various perspectives.  But if Don wants us to see the musician as a kind of poet, or a model for the poet, as I think he does, it’s especially interesting.  Music and poetry, Don used to insist, had evolved together, from social and biological origins too mysterious now to really comprehend, for “reasons far too ancient to express”.  He wrote to Christine Lucia:

I have never bothered to ask where words come from.  Language is quite mysterious enough. ... In this respect poetry is like music.  Where do melodies and harmonies come from when you sit composing at the piano?  From all the other music that was ever written, of course, but from deep inside you, at the root of the ear’s Venetian canals, at the roots of the tongue.

At the same time the bagpipe music’s funny and weird, both proud and distracting, both protecting and twisting – not an easy or simple process.  It’s also self-deprecating: unlike some of our heroically noisy and self-promoting youngsters, Don knew that poetry is a fragile defence against the depredations of the changing world.  He ends the poem: “It is the end of a time ... It will soon be dark/ and that will make an end of it.”  The poem is its own elegy.

Don hints here, too, that the origins of music are even pre-human.  Perhaps in the earliest stage of human consciousness we first imitated the primordial music of birds: the “mourning” of owls, the “conversation of the pigeons”.   His poem “Bokmakierie” reads, in full:

The repetition of a phrase: that’s it, that’s the first step of music.  Its provenance is simple but mysterious, even if we accept David Rothenberg’s theory, in his book The Survival of the Beautiful, that beauty is intrinsic to such displays as birdsong and vivid feathers, that the pursuit and appreciation of beauty, even amongst non-humans, was always necessary to evolution.  And by writing another poem, we repeat the note.  Only in that way does it outlast its own dying into silence, as every musical note must.  It might even survive the writer.

On crucial occasions, then, Don connects music with death, too. There is the music that is played at funerals, for instance, a music laden with both tribute and loss.  This is clear in various poems about his sister, who herself was truly musical.

In the end, Don humbly thinks, poems – or the musicality, attentiveness, challenge, humanity and craft intrinsic to good poetry –

... might just do
– reveal the arc of light
that touches earth
and makes us sing.

Don seems to me to be asking: What leverage do we have against the world’s self-evident ills if our response does not embody what we love, if we do not sing praises to the beautiful even as we labour and dread?

Moreover, there are not just poems about music: there is the musicality of poetry itself.  The echoes of birdsong within words and combinations of words.  Despite the apparent conversational simplicity of Don’s characteristic short lines, many poems are subtly rhythmical and musical.  Of course, if rhythms and patterns get too rigid, you induce a head-banging numbness.  Don sent this up in one of the pieces in Oskar Wolberheim.

Compare that with the wavering and nuanced effects of “Funeral I” from The Poetry Lesson:

From the tired sky
the low-angled sun has burned
a dead robinia to gold
and gold a mulberry tree.
Two owls that laboured
through the failing light
are mourning in the folds
of darkness out of sight.
I, too, in the dark mourn
the death of my belief,
my small, uncertain faith that life
is proof against its own defeat.

It is just beautifully done.  Neither mechanical nor meandering, lightly stitched together with lines balanced against each other (“robinia ...gold / ...gold ... mulberry”; “mourning ... darkness ... dark mourn”), occasional rhyme (“light ... sight”), vivid contrast (“gold ... dark”; “faith ... defeat”).  The owls and the speaker are fused into a single feeling of complex loss, the loss of the nameless person of the funeral seeping out into something existential that anyone can identify with.

Don Maclennan wrote some 600 poems, all included in the Collected Poems, published by PrintMatters.  The book makes a wonderful gift, even for people who might not normally read poetry, but who could hardly help responding to these lucid yet elusive, questioning explorations of issues we all know, in some form, in our very souls.

Posted by critical diaries at 11:30