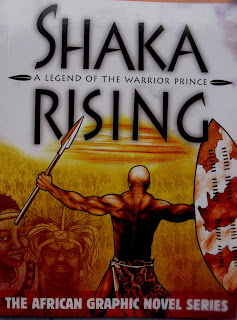 Shaka – that stubbornly legendary Zulu founder – keeps resurfacing, drawing me back into the debates concerning his character and times. The other day I was approached by one of Wikipedia’s participants – or compilers, or – it’s hard to know what to call the many non-specialists who footle about in the endless fields of knowledge trying to make it all better, sometimes with mixed results. (I tried to refurbish the “Shaka” entry some years ago, and haven’t had the nerve to go back to see how many dozens of people have arbitrarily edited it subsequently, and to what.) This particular person asked me to have a look at the Wikipedia entry for “mfecane” – the ostensibly Zulu word, usually translated as “the crushing”, which has been popularly used to designate the wave of subcontinental violence, scattering and depopulation beginning with Shaka in the 1820s.

The “mfecane” entry exemplifies many of the problems with the grand democratic enterprise that is Wikipedia. The earliest entries on Shaka were done by someone who had no specialist knowledge in anything, but decided he would try to fill the gaps in the Z’s, namely Zebra, Zimbabwe, and Zulu! Predictably, all the hoary popular legends received another shot in the arm, rather than up-to-date professional research. The “mfecane” entry has progressed only partly beyond this state, being presently a mish-mash of outdated myths, assumptions, and sources whose veracity has long been doubted, uneasily shackled to spotty coverage of some recent scholarly controversies. The accompanying “Talk page”, where one can follow some of the conversation that feeds into reworking the entries, is equally a tangle of the provocative, the useful, and the amusingly ill-informed.

One could start with the entry’s map, which captures the essence of the popular idea – that is, that a half-demonic half-genius Shaka conjured up, in under a decade, a militarised state so powerful and predatory that it sent neighbouring ‘tribes’ scattering in terror as far as Zimbabwe and Malawi, depopulating large areas in the process. One of the few eyewitnesses to Shaka’s rule, Henry Francis Fynn, estimated slaughter of up to a million; though he had no evidence for this whatsoever, that number was uncritically repeated for decades. Only in the 1920s was the term “mfecane” coined to describe this explosion, and it was consolidated into an orthodoxy by J D Omer-Cooper’s book The Zulu Aftermath in 1966.

In the early 1980s Julian Cobbing, historian of the Ndebele and teacher extraordinaire, got me excited about all this in his coruscating critique of the conventional picture. In 1988 he blew the whole thing open with an article in the prestigious Journal of African History, entitled “The Mfecane as Alibi”. He argued two main things: firstly that the regional “motor of violence” was not Shaka, but slave-raids from Mozambique and, a little later, Griqua raids from the west; and secondly, that the “mfecane” was essentially a cover-up for the far greater violence of colonial invasion. As you can imagine, there were howls of protest from the historical establishment, for whom the mfecane was a cornerstone of the national narrative. It was as if someone had tried to erase the Great Trek, or the Boer War. 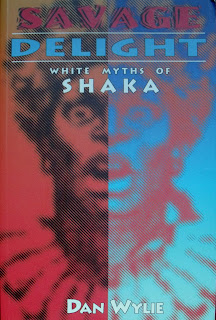 Though aspects of Cobbing’s intervention remain arguable, I think he achieved one great thing: he dislodged Shaka from his iconic status as a sui generis explosive phenomenon, and instead located him within an envelope of forces unfolding on multiple fronts right across southern Africa. Shaka was aggressive and a state-builder, but both violence and state-building were happening before him and after him: colonial invasion within a decade of his death engendered violence and population movements far more damaging than anything he could have done.  In short, a number of historians, including John Wright, Gavin Whitelaw, Carolyn Hamilton, Norman Etherington, and Elizabeth Eldredge – and myself in two books, Savage Delight and Myth of Iron – expanded upon this complexity, though not always in agreement. In short, some of us argue that the “mfecane” as a free-standing, Shaka-inspired phenomenon simply melts away. 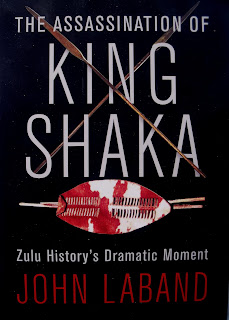 Most recently, John Laband has published The Assassination of King Shaka. Laband has devoted much of his career to the history of the Anglo-Zulu War of 1879, but in his big book Rope of Sand he ventured into chapters on the earlier Zulu leaders, Shaka, Dingane and Mpande. Even in so experienced a scholar, myths have powerful hold; though he cited my work arguing that the famous “Battle of Qokli Hill” was an invention, he still included that battle in his narrative. Now, I’m glad to see, he has dropped it, and in large part agrees with my view of Shaka’s reign.  He is not, he insists, writing another biography of Shaka: “Dan Wylie stole a march on me there,” he laments in his introduction. (Sorry, John; no malice aforethought, I was just blundering along at my own pace.)  Instead, he cleverly refracts Shaka’s career through the perspective of his assassination at the hands of his brothers in 1828, showing how his entire politics and situation culminated in that fatal moment. His perspective accords on the whole with mine partly because we both draw heavily on The James Stuart Archive, a six-volume collection of Zulu oral histories, edited largely by John Wright – a monumental, decades-long task of translation and scholarship. The JSA is tricky to interpret and use, but overall its testimonies support a narrative radically different to the popular “mfecane”. Laband deliberately doesn’t engage in scholarly debates, as I did, letting the story tell itself, as it were, in serviceable and readable fashion, and more fully describing Zulu cultural mores. Though we differ in emphasis and interpretation here and there, I think our books lie rather fruitfully alongside one another. 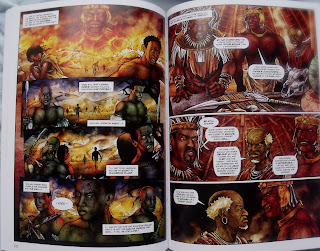 Myth of Iron has provoked some other interesting responses. One is to have had some influence on Shaka’s latest literary incarnation – the graphic novel. (It had to happen sometime!) With Shaka Rising, Luke W Molver and Mason O’Connor with Jive Media Africa (website here) has recently published an account of Shaka’s accession to power in a vivacious and thoughtful way. The artwork is powerful, rendered largely in rich ochres and reds, and the storyline is compelling – as Shaka’s rise from obscurity to power can only be. Shaka Rising is a fiction, of course, and some characters are conscious inventions deployed to enliven and sharpen the narrative. Relatively little evidence is available anywhere about Shaka’s childhood and youth, and different stories compete in the traditions. Molver and O’Connor have chosen a version in which Shaka goes into exile not as a child, but as an upcoming and potentially troublesome young man, earning his military kudos under Dingiswayo of the Mthethwa, who then boosts him into power over his brothers. (Shaka’s conflict with, and ultimate murder of brother Sigujana is a central thread of the story.)  If the images owe perhaps a little too much to the honed physiques of Henry Cele and the 1987 TV series Shaka Zulu, and the background architecture a little too much to that of North American stockades, it is a pretty complex and persuasive view of the period.

Most interestingly in the context of the “mfecane”, Shaka Rising follows the (still controversial and unproven) view propounded by Cobbing and endorsed, with some caveats, in Myth of Iron – the view that a primary stimulus of violence was slaving, crucially conducted by Ndwandwe middlemen who occupied territory between the Zulu-Mthethwa nexus on the Mfolozi rivers and Delagoa Bay (Maputo).  So, instead of the Wiki map, which has the usual bundle of arrows shooting away from the Zulu heartland, like sparks from a fire, in Shaka Rising we have a map in which the arrows emanate from the Ndwandwe. This, too, may be an oversimplification, of course, but at least it provides an alternative to the myth. Most gratifyingly, a section at the back of Shaka Rising lays out for readers all the questions I’ve raised here: it stresses the story’s fictionality, the possibility of other versions, the dubious nature of many of the sources, and the existence of ongoing controversy – inviting one into the debate, rather than closing it off.

I believe a sequel is in the works, and I look forward to it. Zulu history before the 1879 war remains rather neglected: we still await scholarly biographies of Dingane and Mpande, kings just as important to the foundation of the Zulu polity as their half-brother Shaka. I hope Zulu scholars are weighing in, though another consequence of Myth of Iron was a salutary reminder that university, on-paper scholarship is not the mode of history most relevant to most people. A couple of years ago, on the strength of my portrayal of the partnership between Shaka and his neighbouring Mkhize chieftain Zihlandhlo, I was invited to a Zulu-Mhkize reconciliation indaba at one of King Zwelithini’s rural palaces. 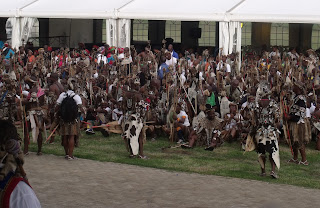 It was totally fascinating: politics in a mode that one almost never sees in the national press, conducted entirely in Zulu, dense with protocols and rich with undercurrents which this displaced white Zimbo could still only guess at. Thank goodness for the lovely Mhkize gentlemen who shepherded me through the day. It was history living into the future in a wholly different way, in which, one could say, the truth of the present is more important than the truth about the past – however one conceives of that.