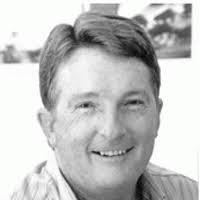 Stephen Gray, eminent South African man of letters and general provocateur, has died aged 78, after a massive stroke. An acerbic, neat, slightly campy, sometimes catty reviewer and commentator, he was a serial innovator in literary affairs, expressing himself variously as novelist, poet, biographer, editor and anthologist. An irreverent maverick: despite teaching at Rand Afrikaans University until 1992 he was always picking away at the walls of formal academe, and not always appreciated for it. Though an assiduous researcher, he was, you might say, as much an interventionist as a scholar. Interesting for us Grahamstonians, he was educated at St Andrews, later Cambridge University and Iowa.

A recent ‘Modern Toss’ cartoon depicts one aged hippy visiting another, and proclaiming: “Hi, you don’t know me but I wrote a review slagging off one of your albums about 40 years ago? I just wanted you to know I stand by every word of it.”  It must be nearly 30 years ago when, as a novice academic way too full of himself, I wrote a review of Stephen’s volume of poems, Apollo Cafe. (The title poem, an affectionate and detailed portrait of a typical Seffrican corner shop, would be subsequently often anthologised.)  I don’t know if I would stand by every word of my review now, but I wasn’t very complimentary. Maybe three years later Stephen and I finally met, and he expostulated, “You just didn’t get it, did you? Some of those poems are fucking beautiful.”  Worse, it was the only review he’d had. Twenty years later he was still reminding me of my youthful misdemeanour.  His poetry still doesn’t blow my socks off, actually, but along with his icy wit he could display a lovely kind of domestic fondness, as in a poem I discovered just recently, “The herb garden”:

My mother before she died insisted

I should have a herb garden

Something in her English soul

Called for the tenderness of mint

The old scent of lavender and sage

Today after the long heart-stopping drought

My mother’s bed of lost spices

Has so flourished I have cut it back

And the mint is in the crevices of fingers

The sage under my very nails

And I remember her every gesture.

My review notwithstanding, on another level Stephen remained friendly; we had sporadic contact over mutual interests. He remained wedded to good old snail-mail, and a couple of times he sent me inconsequential postcards in his signature tiny, dapper, non-cursive script.

One of the really annoying things about him was that wherever I turned, there he was ahead of me! As I got into my PhD on literary representations of Shaka, I discovered that his early article “Shaka as a literary theme” had already broached much that I was independently turning up. At least he also supplied me with some primary material: he had already written a series of poems, The Assassination of Shaka, to accompany vivid woodcut prints by Cecil Skotnes. Even more usefully, he edited and published the Shakan-period memoirs of Charles Rawden Maclean, more commonly remembered as John Ross. This was a vital and startling counterweight to the established but mendacious and nasty portrayals of Shaka by Isaacs and Fynn.  Moreover, Stephen then novelised Maclean’s experiences in John Ross: the true story (1987) which I rate a very deft little novel indeed.  Stephen was already wittily working over the fuzzy boundary between fiction and history that I was belatedly trying to theorise. I discovered the manuscripts for the novel in an archive, and was astonished by the meticulously organised work-methods, with the day on which he worked on sections written neatly in the margins, sometimes down to the hour. And at least in this instance, he evidently worked just about every day. (I’d also like to write a Shakan novel, but I’m still mulling over it...)

Then I turned to ecological matters and elephant studies, thinking I was doing something terribly innovative in treating travelogues and hunting accounts as species of literature, only to find that Stephen Gray had already done it in his Southern African Literature: An introduction (1979) – the published version of his PhD. It is still the most readable and conceptually interesting history of our region’s literature. He was ahead of the pack in writing in depth about the Adamastor trope, about Saartjie Baartman and about emergent apartheid-era black poetry. Subsequent surveys may be more comprehensive, but in comparison they are rather conventional stodge, and mostly just extend the ways in which Stephen punctured membranes between nations and classes, races and genders. The same can be said of his edition of The Penguin Book of Southern African Verse (1989), which embodied his genius for finding the hitherto marginalised or convention-challenging gem.

If Stephen wasn’t especially highly regarded for his own poetry and fiction, he was yet an assiduous compiler and anthologist of both poetry and short stories. He was an early, if not unique, champion of  and acknowledged expert on Herman Charles Bosman’s stories. And even as a new field of Pacific, or Southern Ocean literary-historical studies was being broached by Isabel Hofmeyr and others – a belated sibling to the well-established Atlantic Studies –  he was compiling poetry from the French-speaking Mascarenes, resulting in a delightful collection of little-known poetry titled Invitation to a Voyage (2008). By way of these and many, many other contributions, he will leave a rich, multi-layered and pioneering legacy matched by few in our corner of the literary world.

The last time I heard from Stephen Gray was after I published my elephant book, and he called to say he had bumped into the environmental historian Jane Carruthers at some do or other, and was delighted to find that I had quoted both of them – on the same page. The sort of quirky thing he liked.

Posted by critical diaries at 18:18