No.16 – My education in armchair aviation

As I do what I can to educate those who pass through our literary doors, I find myself increasingly mystified by what drives and preoccupies many of our youngsters.  So I’m led to speculate on how I became “educated” myself.  And I use the word led deliberately – the word educate derives from the Latin e/ex (out of) and ducere (to lead).  To educate, then, is to lead, or to be led, out of or beyond where you began.

There are, of course, multiple strands to anyone’s education: in my case, these include my parents’ own insatiable curiosity, their willingness to expose me to books without restriction from the earliest age, and my luck in having a number of excellent and inspirational teachers, from junior school through to university.

But the other day, as I woke up to the familiar sight of the dozens of books in my bedroom, I was for some reason struck anew by the number of volumes dealing with aircraft – books I had collected as a teenager.  Although my interests have moved comprehensively into other areas, I still can't bring myself to get rid of them.  For years, in fact, while I read widely, I was primarily preoccupied with aviation.  I spent most of my pocket-money on aircraft books, built models of them, painted pictures of them, made scrapbooks and typed out mini-projects on them.  I attribute this entirely to my father.  A mechanical engineer evacuated from Belfast during the war, he was a life-long scholar of all things mechanical, especially military – and especially airborne.  It was, perhaps, the one thing we really shared.

Dad happily paid, then, for years of subscriptions to a magazine called Air Enthusiast, which we also began to collect as bound hardback volumes.  I have kept a good dozen of them, dust-jackets carefully embalmed in clear plastic.  Now I pull Volume 2 off the shelf.  It’s dated January-June 1972; these are mags I would have first read at the age of twelve or thirteen.  Leafing through, I realise afresh what I must always have known: that this stuff was instrumental in my developing a whole slew of knowledges, skills, and preoccupations that have ramified way beyond the narrow realm of aviation.

First, I suppose, I learned that there were “enthusiasts” – less professionals than just people, “amateurs” in the best sense of the word - who were nevertheless clearly experts in their field, and wrote about it because they loved it.  All were evidently obsessed with researching their subjects down to the tiniest – to the outsider, numbing – detail:

Of wooden construction, the AL-12P had accommodation for two crew members and could carry 10 fully-equipped troops or up to 3,970 lb (1800 kg) of freight, the nose section being hinged to swing to starboard for the direct loading of bulky items.  Only one prototype had been completed prior to the Armistice, this having a span of 69 ft 10 ½ in (21,30 m)...

And so on and on.  And if any such detail were mistaken or missing, there would always be another aficionado ready to post a respectful correction in the “Talkback” pages.  Moreover, there were those who obviously delighted in finding the most obscure, experimental or neglected subjects to explore.

These were not magazines aimed at kids, then, which shows not only in the intense technical detail but also in the vocabulary of the articles.  Here’s a representative sample:

[The Fairey] Firefly was to prove itself more than appropriately named, for, while lacking the ability to emit the phosphorescence from which is derived the popular name for the lampyrid or elaterid insect bestowed on this fighter-reconnaissance aircraft, it was to become a luminary among Fleet Air Arm aeroplanes because of its supreme amenability to adaptation for roles and outstanding tractability in accepting weapons loads unforeseen at the time of its creation.

I now find this style overblown, even rather pretentious, but there’s no doubt it expanded my vocabulary.  Educationists these days seem fixated on supplying kids with materials of the “right”, pre-determined level, and would probably say that Air Enthusiast was “way beyond” a twelve-year-old.  But neither my parents nor I cared a jot about such boundaries; instead I constantly consulted my father or our weighty Cassells Dictionary for the meanings of big new juicy words.  Serendipity I feel quite sure I first encountered in the pages of Air Enthusiast.  I was stretched, and loved being stretched this way, just as much as I loved testing the fitness of my quads on the steep mountain behind our house.

In a related vein, these aviation writers weren’t all humourless: they enjoyed punning, sometimes outrageously, and loved the alliterative headline: “The Diggers’ Delight”, “Astute Assemblage”.  I looked avidly for these sparks of fun amidst the seriousness. 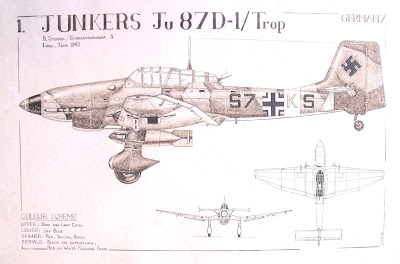 My vocabulary also expanded into other languages, for Air Enthusiast was nothing if not international.  I discovered the Fuerza Aérea Colombiana and Haganah Le Israel and General-Luftzeugmeisteramt.  Just in this volume I find articles on gliders in Italy, on Russian fighters in the Indo-Pakistan war, and British RAF operations in Guinea-Bissau. And I adored the international flavour of such (in themselves quite meaningless) nuggets such as that American-designed Sabre fighters built in Canada were bought by the German Luftwaffe and were later transferred to Pakistan.... So my general sense of both the history and the geography of the globe was enhanced immeasurably, hugely useful in so many areas of subsequent endeavour – a sense I find deplorably lacking in so many of our students.  They have often, it seems, been afforded no framework on which to hang anything new, so the very newness of the new is lost on them.

While various articles picked out the randomly weird and fascinating, other regular features of the magazine were more encyclopaedic in nature.  Some pages were devoted to latest industry developments, so there was always a contemporaneous feel to balance the historical; and there was a series called “Fighter A-Z”, which listed and compactly described, over the years, an astonishing number of the world’s fighter aircraft, all in alphabetical order and minutely discriminated.  Hence, perhaps, a certain split or tension in my enduring approach to research, between aiming for an encyclopaedic expertise and being serially distracted by the marginal and arcane.  I love the comprehensive order of the index – and love even more dilettante-ishly ambling around in subjects I know little about!

Finally, much of my teenage artwork was pursued in imitation of Air Enthusiast.  The cover of each issue sported an aviation painting, in oils or acrylics maybe, in a style I found robust and exciting.  These early volumes never acknowledge the artist, but occasionally a discreet signature would become visible – HARDY.  I responded to the undisguised vigour of his brushstrokes, the vividness of colour, the way he could capture the blur of speed, the whirr of a prop-blade, the gleam of light on surfaces of metal, vertiginous depth and implied narratives of action.  Working (weirdly) in enamel paints, I tried to follow. It was a matter of keen regret that, in time, the magazine succumbed to “advances” in format: Air Enthusiast became the blander Air International, and the paintings yielded to infinitely less distinctive photographs.  Maybe Hardy passed on; I hail his wonderful work.

The magazine included on its inside pages other kinds of artwork I obsessively, stumblingly, mimicked – the technical paintings and "general arrangement" drawings in both colour and black-and-white.  With my paints and dip-ink nibs, rulers and plastic French-curves, I couldn’t hope to match the airbrushed precision of the originals, but the point is I tried – and tried, and tried.

Then life moved on, and somehow the years of assiduous attention to aircraft shifted into other interests. But the hundreds of hours I must have spent buried in the pages of aircraft magazines and books enriched beyond calculation my awareness of language and aesthetics, of colour and line, of history and research.

Above all, it was something ineffably nerdy about which a teenage boy could still (in the words of a guide for teenagers I once read) dare to enthuse.  I did not then, and do not now, subscribe to the mind-numbing notion that refusing to enthuse about your subject is somehow cool.

Posted by critical diaries at 08:49