No.18 – Compassion for elephants: What is it, and why? 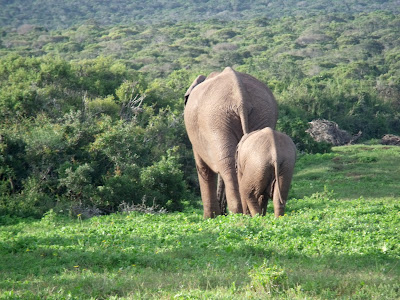 Good readers, help!  Help me think through a few things here.  My central project over several years now has been to explore how people have expressed attitudes towards elephants in various genres of southern African literature: indigenous forms, early European travelogues, hunting accounts, novels, poems, game ranger memoirs and so on.  I’m focusing it all through the idea of compassion: Who expresses compassion towards elephants, who doesn’t, and why?

Elephants are in dire straits again.  They were virtually obliterated from most of Africa by European hunters in the eighteenth and nineteenth centuries, and resurged for a while in the heyday of late-colonial conservation efforts in the twentieth.  Today, slaughter of elephants for ivory throughout Africa is once again proceeding at a terrifying pace; in one estimate, an elephant is being killed every fifteen minutes.  At that rate, in just a few short years they will be extinct north of the Zambezi – and the ivory-merchants’ attentions will be turned ever more forcibly towards the still relatively-abundant herds of southern Africa.

On the one hand, a network of profiteers that has no compassion whatsoever for elephants; on the other, an embattled coterie of conservationists, local and international, who literally weep at the fate of our most charismatic mammal.  But all the literature, art, sentimentality, scientific research and fencing in the world seems next to powerless to resist the fatal snares, bullets and poisons deployed by Mammon, the God of Greed.

How might one increase the quotient of compassion in the world?  What is “compassion” anyway?

To give an example of the definitional difficulty here, take this passage from Edward and Cathelijne Eastwood’s fascinating book Capturing the Spoor, which surveys ‘Bushman’ rock art (including examples of elephants) and tries to divine the attitudes that inform it: 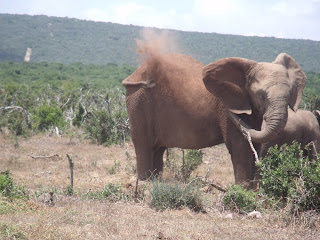 The San have not only an intimate knowledge of animal behaviour but empathy with the animals themselves, sensing through their mythology and folktales and through experience that all creatures are kindred beings.  Hunters, for example, might feel a strong bond of sympathy with the animals they hunt, experiencing sensations in their bodies that correspond with salient characteristics of the animal, such as the bearing of horns or bodily markings.
This attitude of respect and sympathy is best illustrated by the respectful way in which the San will talk about ‘meat’, meaning large prey animals.  When a story demands that large prey animals are listed and mentioned, they are called by special respect names.  The storyteller will say the names in a hushed tone, full of awe, and enumerates the animals as though entranced.

This passage raises as many questions as it answers.  It fudges the differences between ‘empathy’ and ‘sympathy’, between ‘respect’ and ‘reverence’, and perhaps between imaginative story-telling and reality.  At any rate, there is no sign, in either the artwork or the interpretation, that the reverence and awe which these paintings seem to express might be combined with anything resembling compassion.

The dictionaries don’t help much, tending to allow sympathy, empathy, compassion, to overlap or be vaguely equivalent.   They derive the word compassion from the Latin pati, passus, to suffer (hence ‘passive’), and therefore align it with pity.  But pity implies an inequality of conditions, an hierarchy of privilege over deprivation: as William Blake wrote, ‘Pity would be no more/ If we did not make somebody poor.’

I want rather to place ‘compassion’ in an echo-chamber of communal meanings, to relate it (with no etymological justification, mind) to the Latin passus meaning ‘step’, so that to be compassionate also brings up the idea of being companionably in step with, being alongside.  I want to snuggle it up with the words ‘compass’ and ‘encompass’, so that to be compassionate also means finding direction together with the other, and within some encompassing envelope, an ecosystem, if you like.  Compassion says to the other, whether human or elephant: Hey, we’re on this journey together.

So... if we can find little or no compassion in either indigenous art-forms or European encounters up to the nineteenth century, can we say that compassion towards animals is a pretty modern invention?  Is it an innate emotion, or a social construct?  Does it change form and direction?  If so, why?  Does it arise in some way along with domestication and control?  We can see plenty of evidence of people being compassionate towards cats and dogs over the last two centuries, but is this necessarily different from compassion towards something as wild, unreachable and different from us as an elephant?

It’s often said that what makes the elephant a suitable ‘target’ for compassion is its near-human features: intelligence, memory, maternal tenderness, an evidently rich emotional life, and so on.  So what makes some people from within the same culture feel so differently?  I grieve with every elephant death and abuse I hear about; a school contemporary of mine, who had pretty much the same upbringing as me, has no compunction whatever in shooting them.  And attitudes can change even within one person, in the course of a life: I know a state vet who for years calmly justified culling elephants in the service of the ‘bigger picture’ – the economics of it, ecological balance – but finally found it “distasteful”, as he put it – and I could see that the thought of killing another elephant deeply pained him. 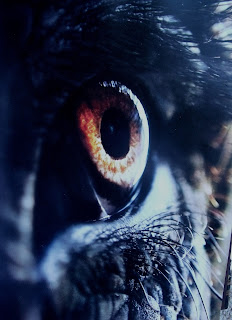 The literature I’ve read so far hasn’t helped much.  The philosophy of compassion is mostly related to political relations between the state and its citizens, or psychological relations between people.  These can be extended to human-animal relations in some ways – but probably only by radically re-defining what a ‘community’ is, and what it can include.  It’s hard to do that with a five-ton elephant intent on gobbling up your whole year’s mealie crop and flattening you, too, given half a provocation.

The comparative psychologist Marc Hauser includes a section on “ Compassionate Cooperation” in his book Moral Minds, which talks exclusively about envy and competition, with a dash of game theory, and hardly mentions the word compassion again.  (He does discuss forms of empathy, and distinguishes it from ‘sympathy’, but doesn’t work with ‘compassion’ especially.  Is it different?)  The French philosopher Luce Irigaray’s essay “Animal Compassion” is all about how helpful and therapeutic animals companions can be, not about how or why we might be compassionate towards them.  Ralph Acampora comes closer in Corporal Compassion, a book in which he argues with great finesse for compassion as the product of dynamic bodily contact.  But there aren’t many of us who can actually get to cuddle an elephant, or look closely into a lustrous, thoughtful elephant eye.

Is it possible then to have “imaginative compassion”?   Is it possible to be compassionate at a distance?  Is this blog compassionate, or something else?  Or should compassion be defined to involve action, in a way that pity doesn’t, and even empathy might not?  “Are you an elefriend?” one IUCN campaign for funds asks.  Is it true compassion to pop a few spare bucks in their account?

Is compassion towards elephants paradoxically a matter of leaving them alone as much as possible?

Lauren Berleant, in the introduction to her volume of essays, Compassion: The culture and politics of an emotion, has this to say: 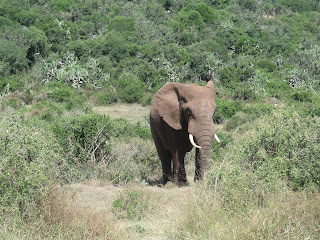 When the response to suffering’s scene is compassion – as opposed to, say, pleasure, fascination, hopelessness, or resentment – compassion measures one’s values (or one’s government’s values) in terms of the demonstrated capacity not to turn one’s head away but to embrace a sense of obligation to remember what one has seen and, in response to that haunting, to become involved in a story of rescue or amelioration: to take a sad song and make it better.


That’s rather lovely – and challenging.  Goodness knows the elephant desperately needs us – a caring majority – to actively do something against the depredations of what is, after all, a relatively small if elusive number of poachers, middlemen, gang bosses, and consumers of ivory. 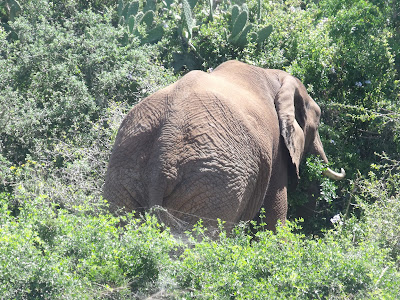 Posted by critical diaries at 12:15